Doctoral Dissertation Research in Economics: The Determinants of Domestic Violence in Bangladash, A Randomized Control Trial

A large proportion of married women suffer physical or sexual violence during their lives; in some less developed countries, the proportion may be as high as 50%. The drivers of domestic violence and pathways to change it is poorly understood. Income support programs targeted towards women have failed to decrease domestic violence and, in some cases, may have led to temporary increases in victimization. This suggests that interventions that increase women's income without addressing the underlying causes of domestic violence might increase violence. Understanding what drives spousal abuse and its complex relationship with income is essential for designing effective anti-violence interventions and to avoid backlash against victims; especially for poor women with limited means to escape violent relationships. This study uses field experimental methods to assess the relative importance of different motives for which husbands might use violence against their wives as well as the reasons why low-income husbands use more violence than high-income husbands. By providing an understanding of why and how domestic violence occurs, the results of this research will provide important inputs in designing policies to reduce domestic violence. The results of the research project could establish the US as the global leader in reducing domestic violence.

This research project develops and experimentally test a conceptual framework to study the mechanisms through which spousal disobedience and income might trigger episodes of domestic violence. As opposed to existing framework, we assume that husbands receive disutility from the use of violence. This research draws from economics, psychology, and sociology to show why husbands might use violence despite a preference aversion. This project creates random variation in the conditions under which husbands consider the use of violence. The key intellectual merit of the project is twofold: First, it assesses the relative importance of different motives for violence---idiosyncratic violence, reactive violence, and reaction violence. Second, it studies the role of certain triggers of violence such as consumption concerns, and social image concerns. This will allow researchers to design effective interventions to reduce domestic violence that directly target the motives and triggers that are found to be important in this setting. The results of this research contribute to the methodology of studying domestic violence as well as provide inputs into policies to reduce domestic violence both in the U.S. and globally. The results of the research project could establish the US as the global leader in reducing domestic violence. 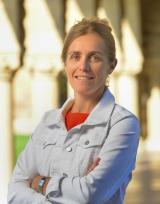 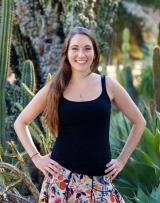 This project is supported by the National Science Foundation under grant number 1919335.