The Flint water crisis and the resulting lead exposure to its population have brought national attention to the issue of safe drinking water. Concerns about safe drinking water are not confined to lead nor to Flint. In 2015, 25 percent of the US population was served by a water district with at least one violation of the Safe Drinking Water Act, the main policy regulating drinking water in the United States. This project focuses on two contaminants, arsenic and nitrates, that are of a particular concern for human health. In determining the safe levels of contaminants, the Environmental Protection Agency uses the estimated health effects of the contaminants as a guide. However, policy discussions (e.g., the National Research Council 1999) point out that the evidence on the health effects of these contaminants is incomplete, making it challenging to determine the appropriate levels for regulation.
This project combines unique drinking water contaminant data tracking arsenic and nitrate levels (California Division of Drinking Water Water Quality Analyses Database) with detailed infant health data (California Birth Cohort data) and uses a quasi-experimental design to further understanding of the effects of drinking water contaminants on infant health (Specific Aim 1). Cross-sectional comparisons of mothers with varying exposure to contaminants may be fraught with biases. In particular, contrasts across residential locations will likely combine the effects of contaminants and the effects of economic conditions. In contrast, this project will primarily utilize sibling comparisons. As many of the factors affecting infant health are similar for siblings (e.g., family background, family income), such a research design likely provides more accurate estimates of the effects of drinking water contaminants by netting out the influence of these shared familial factors. Typical datasets on siblings have limited sample sizes, and thus give imprecisely-measured effects. However, for this project, a large dataset on siblings will be formed from the California Birth Cohort data by matching siblings based on their mother’s name and date of birth. Using maternal residential location, the infant health data will be merged with a unique dataset that tracks arsenic and nitrates for the 8,000 public water districts in California. The sibling research design is complemented with a novel analysis of the impact of large and discontinuous shifts in contaminant levels within water districts, such as those caused by California’s 2008 adoption of a national revision to the maximum contaminant level for arsenic in public water systems.
This research will be informative for regulation and policy discussions relating to drinking water. In addition to evaluating the causal health impact of arsenic and nitrate drinking water contamination (Specific Aim 1), this project will assess whether current regulatory thresholds for these contaminants sufficiently protect infants from adverse outcomes (Specific Aim 2). To target policy, the project will offer an understanding of how exposure to contaminants varies across racial, ethnic, age, and economic groups (Specific Aim 3). 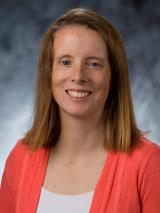