The goal of the project is to test how expectations about the availability of disability benefits in adulthood affect investment in child human capital. Supplemental Security Income (SSI), administered by the Social Security Administration (SSA), pays $10 billion annually in benefits to the families of 1.3 million low-income children with disabilities. These children have poor adult outcomes on average, including low employment rates and high involvement with the criminal justice system. Each year, around 50,000 children who receive SSI turn 18 and must re-qualify for the program as adults. Since the definition of disability changes from childhood to adulthood, a substantial fraction of children who receive SSI for certain types of conditions lose their eligibility for SSI at age 18.

In this project, we test the hypothesis that households’ inaccurate beliefs about the likelihood that their child will be found ineligible for SSI at age 18 contribute to the poor adult outcomes of these children. Specifically, families may believe that the child’s benefits will continue in adulthood and, as a result, underinvest in their children’s human capital. To test this hypothesis, we conduct a baseline survey of beliefs and behavior and a randomized controlled trial (RCT) that provides the families of SSI children with 1) information on the likelihood of being found ineligible for SSI at age 18 and 2) educational resources including test prep materials, tutoring, and assistance enrolling in support services. We use the take-up of these resources to determine whether the information changes intentions to invest in human capital. In doing so, we estimate the effect of beliefs about the availability of future government benefits in adulthood on educational investments in childhood.

The results of the pilot baseline survey confirm our motivating hypothesis that households have inaccurate beliefs about the likelihood that their children will be found ineligible for SSI at age 18. Nearly 90% of respondents say that they expect their child to continue to receive SSI benefits for the rest of their life if their condition remains the same, which is far above the population average. The results of the pilot RCT, though not powered to test the main hypothesis, indicate that the resources we offer are useful measures of intentions to invest in human capital. We will use the lessons from the pilot survey and RCT to design and implement the main baseline survey and RCT. 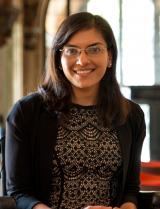