Governments engage in short-term income and wealth transfers to individuals and households to alleviate poverty. The viability of this approach depends on the long-term effects of such transfers. However, little is known about the long-term effects of such short terms income transfers on several outcomes including education, work and income, asset accumulation, and health; and what form an effective short-term transfer might take. This proposed research will use field experiments to study the long-term effects of a one-time unconditional cash transfers to low income families on several outcomes, including health, income and wealth. This research will answer two questions: what are the long-term effects of one-time income transfers on recipients? Do the effects depend on whether the transfer is unconditional or conditioned on the recipients behaving in certain ways? The researchers will compare outcomes of families that received unconditional transfers to those of households that did not receive transfers as well as those who received the same amount of transfers but with conditions attached. The results of this research project will help improve the US government's transfer program and in the process, reduce poverty. The research results will also be used as inputs into formulating and implementing US aid policies. Finally, the results of this research will establish the US as the global leader on reducing poverty through one-time income transfers.

Governments around the world engage in redistribution of wealth and income in response to economic fluctuations and poverty. The long-term effects of such policies on economic, social, and political behavior is therefore of policy importance. This project will provide a first-of-its-kind analysis of the long-term effects of a large-scale infusion of wealth on outcomes on recipients. The project builds on a large-scale experiment conducted by an NGO, GiveDirectly (GD), which makes unconditional transfers to poor households. Starting in 2014, GD randomized among a sample of 653 villages to receive these transfers and "treated" 11,000 households to receive $1,000.00 each in the selected villages. An initial end line survey was conducted in 2016-2017, with the median survey conducted 10 months after transfers were delivered. This research will collect and analyze data in a second end line conducted about 3 years after the transfers were delivered. The measurement encompasses a wide range of outcomes including asset holdings; consumption; income; business revenue; subjective well-being; health status; education; female empowerment; food security; and labor supply. The results of this research project will help answer whether one-time cash transfers have significant effects on recipients and whether such effects depend on the transfers being unconditional or conditional. The results will also establish the US as the global leader in poverty alleviation through short-term income transfer programs. 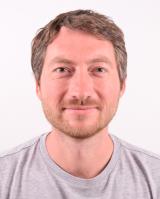 This project is supported by the National Science Foundation under grant number 1824409.