A major challenge for empirical analyses of science lies in the absence of systematic long-rung data on successful scientists, including their socioeconomic background, education, work histories, inventions, and publications. This research constructs such data for more than 100,000 American scientists who were born between 1817 and 1933. Machine-learning algorithms link each scientist with their census records, patents, and publications. Empirical analyses examine the effects of ethnicity-based restrictions on immigration in the 1920s to investigate the effects of such policies on US science and innovation. Tests for inequality examine the changing influence of a person's socioeconomic background on their success as a scientist. Analyses of education investigate the effects of expansions in public education on participation in STEM by people who were disadvantaged based on their socioeconomic status, as well as by women and minorities. 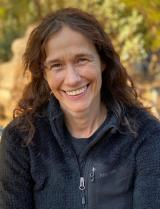 This project is supported by the National Science Foundation under grant number 1824354.