Collaborative Research: Railroads and the Growth of American Manufacturing: Evidence from Complete Counts of the Census of Manufacturing in 1850, 1860, 1870, and 1880

In this project, we collected all available manufacturing schedules from the U.S. Censuses of 1850, 1860, 1870, and 1880. The digitized dataset includes information on the name and sector of each establishment, as well as information on revenue (often by product) and inputs (labor, capital, energy sources, and intermediates). We additionally have collected tabulated county-by-industry totals for 1860, 1870, and 1880.

In our first project, "Railroads, Market Access, and Aggregate Productivity Growth," we use the county-level data to understand the role that the expansion of the railroad played for promoting aggregate productivity growth. The detailed information allows us to document differences in input use across space, even for places making similar output. We explore these differences using a quantitative spatial model, where the differences are influenced by place-specific frictions such as capital constraints and markups. In general, the average county used too few inputs: we measure that the marginal product of each input tended to be larger than its marginal cost. As a result, there were three potential sources of aggregate productivity growth in the economy: growth in technical productivity (often called "TFPR"), reallocating existing inputs to places with relatively high marginal products, and increases in overall input use.

In our reduced-form estimates, we use the model to translate changes in the national railroad network to county-specific measures of changes in market access. Places with relatively larger increases in market access correspondingly grew faster, with a relative productivity increase of 20.4% for counties with a one standard deviation greater change in market access from 1860 to 1880. We found that TFPR growth was not generated by market access; rather the gains in county aggregate productivity came through increasing input-use when input use was otherwise below efficient levels.

The reduced-form results by themselves cannot speak to aggregate impacts of the railroads, since they reflect relative changes across counties. However, using the model, we can use these reduced-form results to explore general equilibrium effects of the railroad expansion. We estimate that national aggregate productivity would have been 28.0% lower in the United States in 1890, if there were no railroad network and the economy had to rely on the existing waterway network and high-cost wagon transportation. These estimates are substantially greater than previous estimates, of roughly 3% of GDP, because we allow for the presence of factor misallocation.

In ongoing work, we are finishing the processing of the digitized manufacturing Census schedules. We are cleaning the data, which includes (a) verifying that the entered values match what was written in the schedules, (b) removing duplicates (such as single establishments which were entered on multiple lines) as well as (c) more subjective processing (such as creating a concordance from many different product and sector strings to a common list of strings). One advantage of digitizing the full Census, instead of samples, is that we can link the schedules together using techniques that have been pioneered for the population Census schedules. 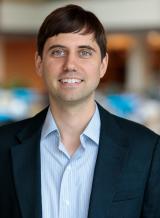 This project is supported by the National Science Foundation under grant number 1757050.