The grant supported the development of new data, and analyses using the data. We used data on scientific publications to measure the extent to which patented inventions by American corporations were using science, as measured by citations the patents make to scientific articles. We identify the authors of the articles, and their institutional affiliation. We also enhanced the existing NBER patent database. The data are extended to 2015, and the matches to patents and publications are dynamically adjusted for changes in names, mergers, acquisitions, divestitures, and other changes in corporate boundaries. The first paper using these data has been conditionally accepted for publication by the American Economic Review. Several working papers, relying in part on these measures, are being developed. One examines the rise of corporate R&D in America in the 1930s, and relates it to the level of university research. Another examines the relationship between reliance on science and patent trade.

Broader impact:
This grant contributed to the development of the DISCERN database (https://zenodo.org/record/3976774#.X02DL4t7mUk), which contains patents and scientific articles matched to the American firms (publicly traded and headquartered in America) for the period 1980-2015. This project introduces major data extension and improvement to the historical NBER patent dataset, which should be valuable for all researchers working with patent data linked to firms. In updating the data to match between Compustat and patents to 2015, we address two major challenges: name changes and ownership changes. For ownership and subsidiary data we rely on a wide range of M&A data, including SDC, historical snapshots of ORBIS files for 2002-2015, 10-K SEC filings, and NBER2006 as well as perform extensive manual checks that help us uncover firms' structure and ownership changes before proceeding to the patent match. Thus, we have extended and improved the NBER patent data. In a companion "Data Appendix", we document our data construction work, present several examples ("case studies"), and outline the improvements we made to existing NBER historical patent data. These data are available to all researchers. There have been over 2,500 downloads of the database between December 2019 and August 2020. 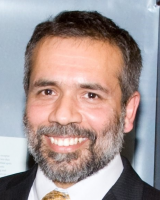 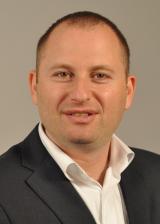