The Effect of Insurance on Health: Evidence from Increased Medicaid Before Age 65

The Affordable Care Act (ACA) dramatically expanded health insurance, but questions remain regarding its effects on health. We focus on older adults for whom health insurance has greater potential to improve health and well-being because of their
greater health care needs relative to younger adults. We further focus on low-income adults who were the target of the Medicaid expansion. We believe our study provides the first evidence of the health-related effects of ACA Medicaid expansion using the Health and Retirement Study (HRS). Using geo-coded data from 2010 to 2016, we estimate difference-in-differences models, comparing changes in outcomes before and after the Medicaid expansion in treatment and control states among a sample of over 3,000 unique adults aged 50 to 64 with income below 100% of the federal poverty level. The HRS allows us to examine morbidity outcomes not available in administrative data, providing evidence of the mechanisms underlying emerging evidence of mortality reductions due to expanded insurance coverage among the near-elderly. We find that the Medicaid
expansion was associated with a 15 percentage point increase in Medicaid coverage which was largely offset by declines in other types of insurance. We find improvements in several measures of health including a 12% reduction in metabolic syndrome; a 32% reduction in complications from metabolic syndrome; an 18% reduction in the likelihood of gross motor skills difficulties; and a 34% reduction in compromised activities of daily living (ADLs). Our results thus suggest that the Medicaid expansion led to improved physical health for low-income, older adults. We also examine a possible mechanism
underlying the improvements in health: increased health care use and find suggestive evidence that changes in health care use are a mechanism driving these health improvements. We document a statistically insignificant (t=1.71) 5.7 percentage
point increase in the likelihood of visiting a physician more than 10 times in the past 2 years, a 20% increase relative to the pre-expansion mean. Among the small subset of respondents who reported having a prior heart complication, the ACA Medicaid expansion increased the likelihood of having a heart procedure by 48% (t=1.62). 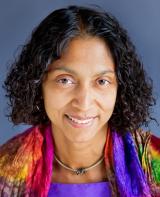 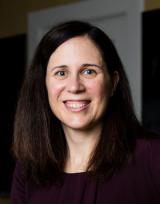 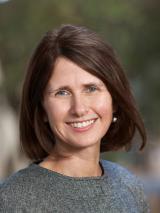 Supported by the National Institute on Aging grant #R03AG059110