CAREER: Empirical Studies on the Role of Cities in Influencing Health and Economic Growth in the Long Run

This research project has provided new insight into two important aspects of urban economies: how the agglomeration of firms affects economic growth, and the factors that determine the health of urban environments. The project resulted in several papers published in leading academic journals. For example, “Agglomeration: A Long-Run Panel Data Approach,” (joint with Antonio Miscio) introduces a new approach to examining an old question: can the presence of certain industries in a city can help other industries grow more rapidly? We find that industries grow more rapidly in cities where they have more local suppliers or other industries employing similar labor forces. However, running counter to these positive effects are strong congestion forces related to city size that slow down industry growth through channels such as higher land prices.

To further examine how local conditions and international competition affect local economic development, I focus on a specific industry, shipbuilding, in “The Persistent Effect of Temporary Input Cost Advantages in Shipbuilding, 1850-1911.” This study compares the development of this important industry in the U.S., Canada, and Britain across the period in which metal supplanted wood as the dominant ship material. I show that Britain’s initial advantage in iron prices allowed it to gain a lead in metal shipbuilding which was then maintained even after the initial input cost advantage had disappeared. In contrast, North American shipbuilders exposed to British competition struggled to become competitive. These results highlight how temporary localized cost advantages can have long-lasting effects on local industries.

Focusing on the health environment of cities, the project produced three studies providing novel long-run evidence on urban pollution. One of these, “Coal Smoke and Mortality in an Early Industrial Economy” with Brian Beach, provides a method for inferring local levels of air pollution levels generated by coal use in nineteenth-century Britain, long before direct pollution measures become available. This method allows a new examination of the long-run effects of air pollution on cities. Our results show that air pollution related to industrial coal use can account for one-third of the higher levels of mortality observed in nineteenth-century cities relative to rural areas. Building on this, “Coal Smoke, City Growth, and the Costs of the Industrial Revolution” examines the impact of air pollution from coal on long-run city growth, focusing on British cities from 1851-1911. Using a new theoretically-grounded empirical approach, this paper shows that air pollution substantially slowed urban growth in this period, mainly by reducing the productivity of urban workers and firms. A third paper on urban pollution, “London Fog: A Century of Pollution and Mortality, 1866-1965” looks at the health impact of short periods of elevated pollution in London caused by climate conditions, the famous London fogs. Using a century of newly-digitized detailed weekly mortality statistics, this paper shows that these severe air pollution events accounted for a substantial fraction – about one out of every 200 deaths – of all mortality in London across the century from 1866-1965. In addition, this study examines how air pollution interacted with the disease environment. Specifically, it provides the first evidence that the presence of two infectious diseases, tuberculosis and measles, increases the number of deaths due to short-term exposure to elevated air pollution levels.

The century of detailed weekly mortality statistics digitized for the “London Fog” paper described above are a rich new tool for improving our understanding of long-run urban health. One application of these data is provided by another paper generated as part of this project, “Temperature, Disease, and Death in London: Analyzing Weekly Data for the Century from 1866-1965” which is joint work with Casper Worm Hansen and Jake Kantor. This study examines the evolving relationship between temperature and mortality in London. We show that this relationship changed substantially over time; prior to WWI, high temperatures resulted in substantially elevated mortality levels, mainly among infants and young children, but this strong relationship largely disappeared by the middle of the twentieth century. As a result, high temperatures are much less deadly today than they were in the past, so most temperature-related deaths are associated with cold rather than hot weather. One implication of these findings is that improvements in the urban disease environment can provide a valuable tool for adapting to rising temperatures.

Beyond these core contributions of the project, this study has also generated data sets that have made additional research possible. For example, data on births, deaths, and marriages digitized for the work above provided a key starting point for “Culture and the Historical Fertility Transition,” a paper with Brian Beach that examines the role of culture in influencing the transition toward lower fertility in the second half of the nineteenth century. 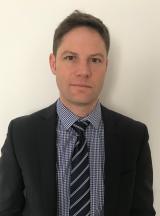