Assessing the Impact of Non-Practicing Entities on U.S. Innovation

Providing strong incentives for innovation is critical for ensuring future economic growth. The United States government protects intellectual property (IP) in order to encourage innovation; however, the use and assertion of ownership claims on IP rights -- patents -- has recently undergone a striking shift. A new organizational form, the "non-practicing entity" (hereafter, "NPE"), has emerged as a major driver of IP litigation. NPEs amass patents not for the sake of producing commercial products, but in order to claim license fees and/or litigate infringement on their patent portfolios. Proponents of NPEs argue that NPEs serve a key financial intermediary role, policing infringement by well-funded firms that could otherwise infringe upon small inventors' IP at will. Opponents cast NPEs as organizations that simply raise the costs of innovation by exploiting the fact that an imperfect legal system will rule in their favor sufficiently often -- even if no infringement has actually occurred -- that the credible threat of the legal process can yield rents from producing, innovative firms. In part reflecting the debate on NPEs, in the past few years, Congress has considered a dozen bills to regulate the licensing and assertion of patents, and the United States Patent and Trademark Office has undertaken an initiative on "Enhancing Patent Quality."

In our work, we systematically investigate the behavior and impact of NPEs. We provide the first large-sample evidence on precisely which corporations NPEs target in litigation, when NPE litigation occurs, and how NPE litigation impacts targeted firms' innovative activity. We have published the following academic papers using the funds provided by the NSF:

4.) "Collusion in Markets with Syndication,", 2021, Journal of Political Economy.

In addition, numerous of these papers have been accepted for presentation at the top competitive conferences in Economics, Law, and Finance, in addition to being invited to many universities for presentation. Along with this, the work has been invited to Washington, DC to be presented to Congressional staffers along with the United States Patent and Trademark Office (USPTO). Parts of our work were cited in the Federal Trade Commission Report on Patent Assertion Entities (2016). We also held a conference in February 2020 and discussed various developments in the intellectual property space with prominent academics, practitioners, and regulators. In addition, our work has been mentioned in the media numerous times in the following outlets: Wall Street Journal, Washington Post, The Economist, Forbes, Fortune, PBS NewsHour, Bloomberg, Vox, Legal Newsline. 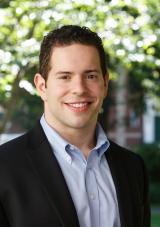 Innovation and R&D
Law and Economics