The goal of our research effort has been to develop systematic frameworks, in light of the empirical evidence, in order to understand the role of sector and innovation networks in new knowledge creation. To this end, we took a network-based approach to U.S. innovation in our first project entitled, "Innovation Network," and used 1.8 million U.S. patents and their citation properties to map the innovation network and its strength. We showed that the interaction of this preexisting network structure with patent growth in upstream technology fields has strong predictive power on future innovation.

In the second project entitled, "Networks and the Macroeconomy: An Empirical Exploration," we investigated how small macroeconomic shocks are amplified and propagated through the economy to cause sizable fluctuations. We showed that in the presence of Cobb-Douglas production functions and consumer preferences, there is a specific pattern of economic transmission whereby demand-side shocks propagate upstream (to input-supplying industries) and supply-side shocks propagate downstream (to customer industries). We then investigated the short-run propagation of four different types of industry-level shocks: two demand-side shocks (the exogenous component of the variation in industry imports from China and changes in federal spending) and two supply-side shocks (TFP shocks and variation in knowledge/ideas coming from foreign patenting). In each case, we found substantial propagation of these shocks through the input-output network, with a pattern broadly consistent with theory.

As part of this research agenda of understanding the innovation spillovers and innovation policy, our paper, "Innovation and Trade Policy in a Globalized World," focused on an open economy framework. Governments around the world have been trying to support their national companies in the race for global technological leadership. Why should countries respond to increasing foreign competition? What is the scope for domestic innovation policy? To shed light on these questions at the center of recurring political and academic debates, our project produced a new open-economy endogenous growth model and employed it to perform policy analysis. The analysis unveiled new links between globalization and the key market distortions motivating policy intervention in support of innovation. The framework was then used for an evaluation of the Research and Experimentation Tax Credit introduced in 1981. A counterfactual protectionist scenario was also considered to present a comparison of trade and innovation policies as alternative responses to stronger foreign competition.

Finally, in a number of additional papers ("Taxation and Innovation in the 20th Century" and "Radical and Incremental Innovation: The Roles of Firms, Managers and Innovators", among others ), we studied how knowledge spillovers emerge through the interactions of firms and inventors.

Given the central role of technological progress and technology adoption in the productivity of firms,regions and nations, understanding the effects of innovation policy on innovation and technology choices will have both academic and policy benefits. On the academic side, the questions and findings of this research are of direct interest to the endogenous growth and industrial organization literatures. On the policy side, we view this work as a first step towards a systematic understanding of the effect of various regulations on innovation and the international competitiveness of the U.S. in technologyand productivity, which, we hope, will ultimately be useful in formulating better innovation policies. 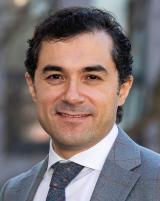 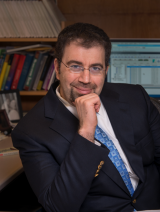 This project is supported by the National Science Foundation under grant number 1459871.

Innovation and R&D
Growth and Productivity