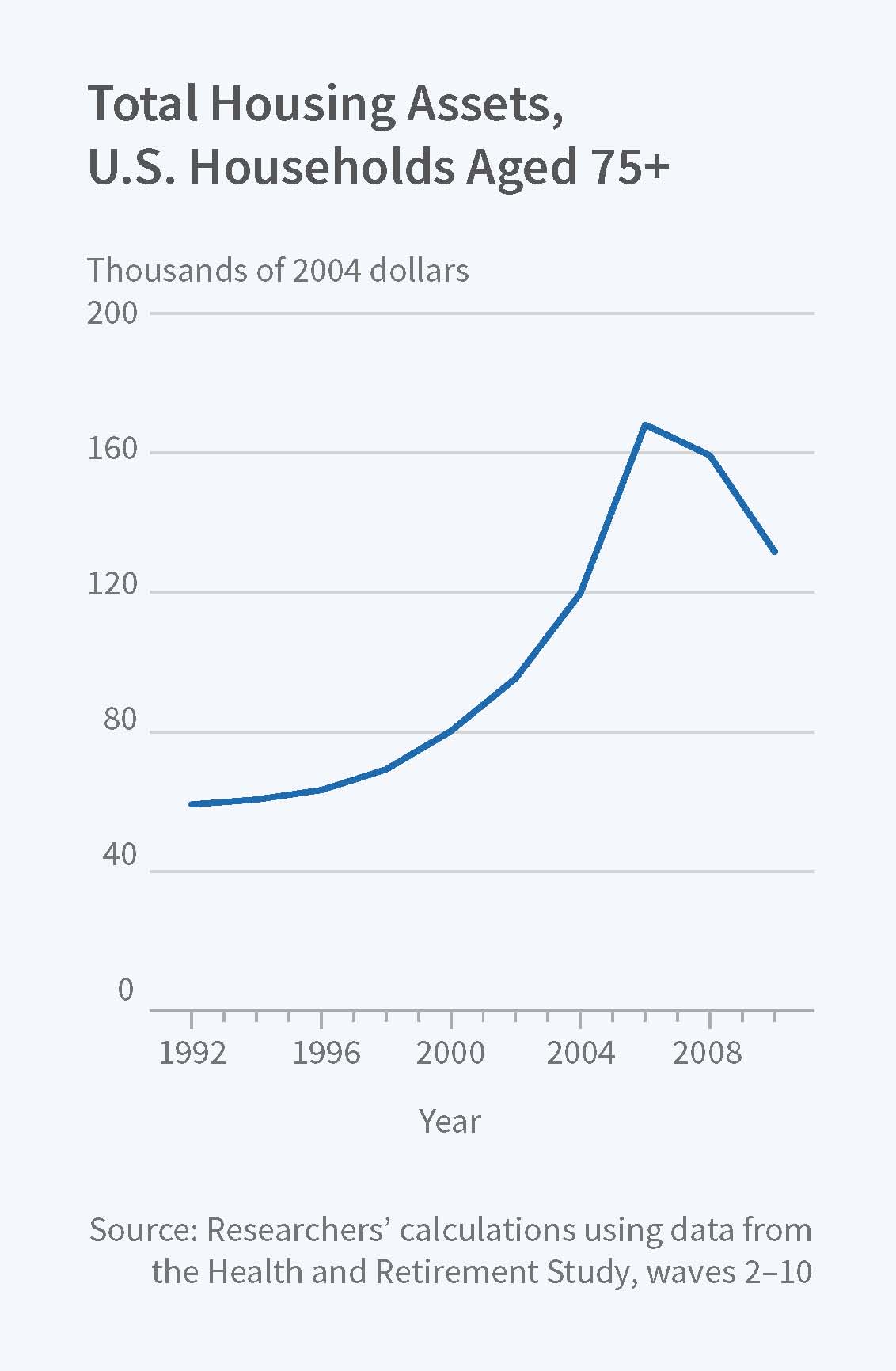 In Access to Long-Term Care After a Wealth Shock (NBER Working Paper No. 23781), Joan Costa Font, Richard Frank, and Katherine Swartz look at how changes in wealth, specifically housing wealth, affect decision-making around the use of three types of long-term care services: paid home health care services, unpaid informal care, and nursing home care. Housing wealth is a particularly relevant metric for this question because it constitutes the largest source of savings for most Americans, particularly older Americans. Housing assets represent 67 percent of the median per capita net worth of adults over the age of 66, and home equity is the primary self-funding mechanism for those who require long-term care.

Using data from the Health and Retirement Study and the Federal Housing Finance Agency, the researchers analyze how variations in housing prices from 1996 through 2010 affected utilization of long-term care services. The time period represents a particularly turbulent period in the housing market. Between 1998 and 2006, housing prices (and thus housing wealth) rose significantly. In subsequent years it fell sharply, dropping by more than 20 percent on average between 2006 and 2010.

The researchers find that positive shocks to house prices significantly increase homeowners' use of both paid home health care and unpaid informal care. They do not find any effect on utilization of nursing home care. Specifically, a $3,149 increase in wealth increases the probability that a homeowner will use paid home health care services by 0.25 percentage points. A positive wealth shock of this magnitude is also associated with a 3 to 4 percent increase in the probability that a homeowner will use unpaid, informal care. In contrast, renters in the researchers' sample did not change long-term care service usage patterns in response to changing local housing prices. This finding supports the researchers' hypothesis that housing wealth is tapped to finance long-term care services.

Access to Long-Term Care After a Wealth Shock: Evidence from the Housing Bubble and Burst