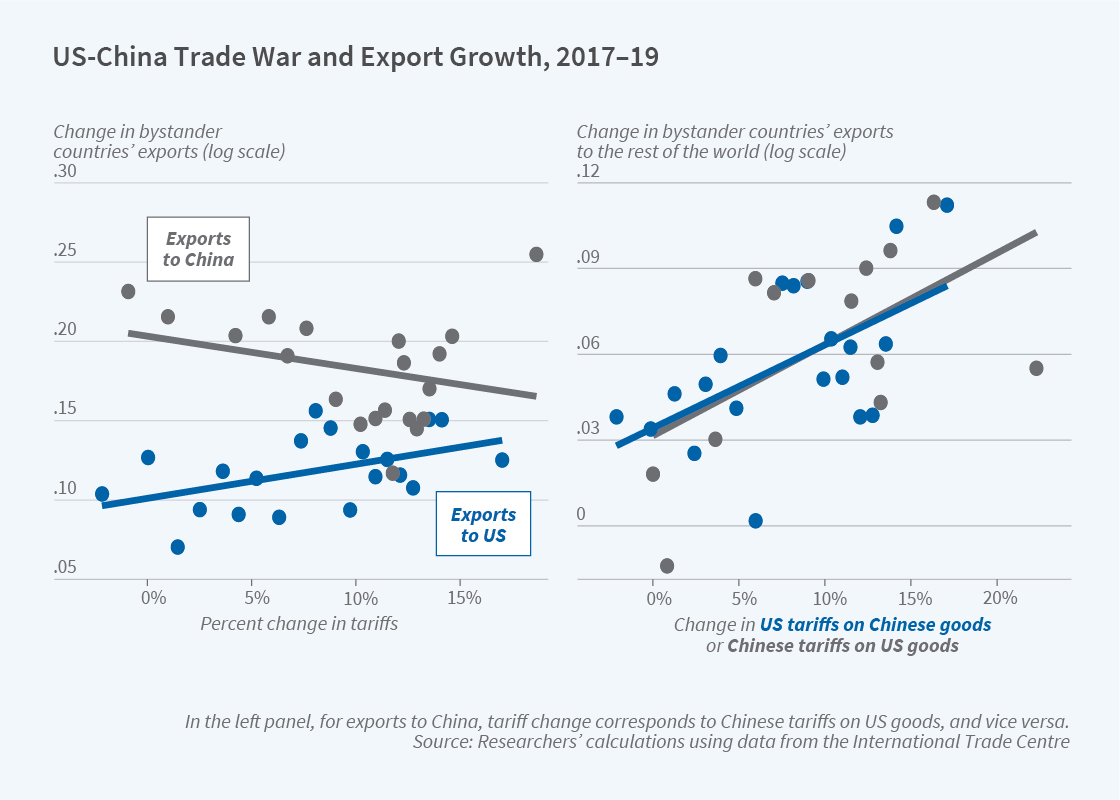 Upending a decades-long effort to reduce global trade barriers, China and the United States began mutually escalating tariffs on $450 billion in trade flows in 2018 and 2019. These tariff increases reduced trade between the US and China, but little is known about how trade was affected in the rest of the world.

While the US and China largely taxed each other and depressed their bilateral trade flows, bystander countries increased their exports to the US and the rest of the world and global trade increased overall.

To analyze the impact of these four sets of tariff changes on global trade, the researchers match the tariffs’ movements to global bilateral trade data from the International Trade Centre for the top 50 exporting countries, excluding oil exporters. Their analysis compares the export growth across products that were subject to different tariff increases by the US or China.

The researchers find that the winners and losers in the trade war are explained primarily by heterogeneity in exporters’ responses to trade-war-induced price changes, rather than by specialization patterns. Many of the countries with strong export growth were operating along downward sloping supply curves and selling products that substituted for those previously supplied by the US or China. The countries that benefited the most were those with a high degree of international integration, as proxied by their participation in trade agreements and foreign direct investment. France, for example, increased its exports both to the US and to the rest of the world in response to the tariffs. Spain increased its exports to the US, but its exports to the rest of the world shrank. In South Africa and the Philippines, the tariff increases reduced both exports to the US and exports to the rest of the world. Statistically significant increases in bystander countries’ exports in response to the tariffs occurred in 19 of the 48 countries in the data sample. One country reported a statistically significant decrease; there were no statistically significant impacts in the remaining 28 countries.