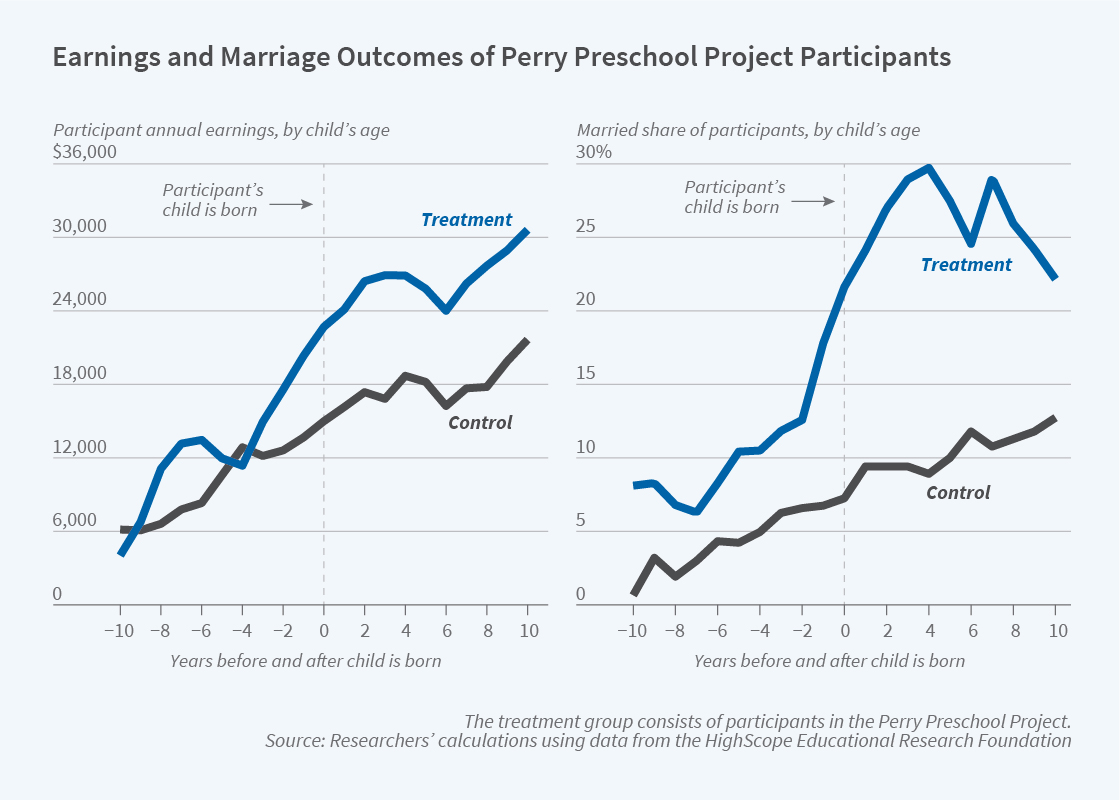 The program had long-lasting effects on cognition, and first-generation treatment group members also have more stable home lives and higher incomes in their child-rearing years.

Launched in Ypsilanti, Michigan in 1962, the PPP was intended to foster development of cognitive and socioemotional skills and promote social mobility. Eligibility criteria based on IQ scores and socioeconomic status were used to create a pool of 123 disadvantaged African American children who were randomized into treatment and control groups. Treatment group children received two years of two-and-a-half-hour preschool sessions on weekdays starting at age three, as well as weekly teacher home visits during the treatment period. Control group children received no interventions. The researchers analyzed the effects of the PPP because it continues to influence the design of current and proposed early childhood education programs. At least 30 percent of current Head Start programs are based on it, and more than 10 percent of African American children born in the 2010s would be eligible for it.

Using new data on the original PPP participants, and on their children, many of whom are now in their mid-20s, the researchers find long-lasting beneficial program effects. They find positive effects on cognition for participants through age 54, contradicting claims of fadeout that have dominated popular discussions of early childhood programs. First-generation treatment group members also have more stable home lives in terms of marriage and divorce, as well as higher incomes in their child-rearing years.

The researchers find important differences in the PPP’s impact by gender. The male children of the male treatment group members receive the greatest benefits, consistent with literature on the adverse effects of disadvantaged environments on boys. For example, children of male treated participants are 18 percentage points less likely to have been arrested through young adulthood compared to children of male control participants.