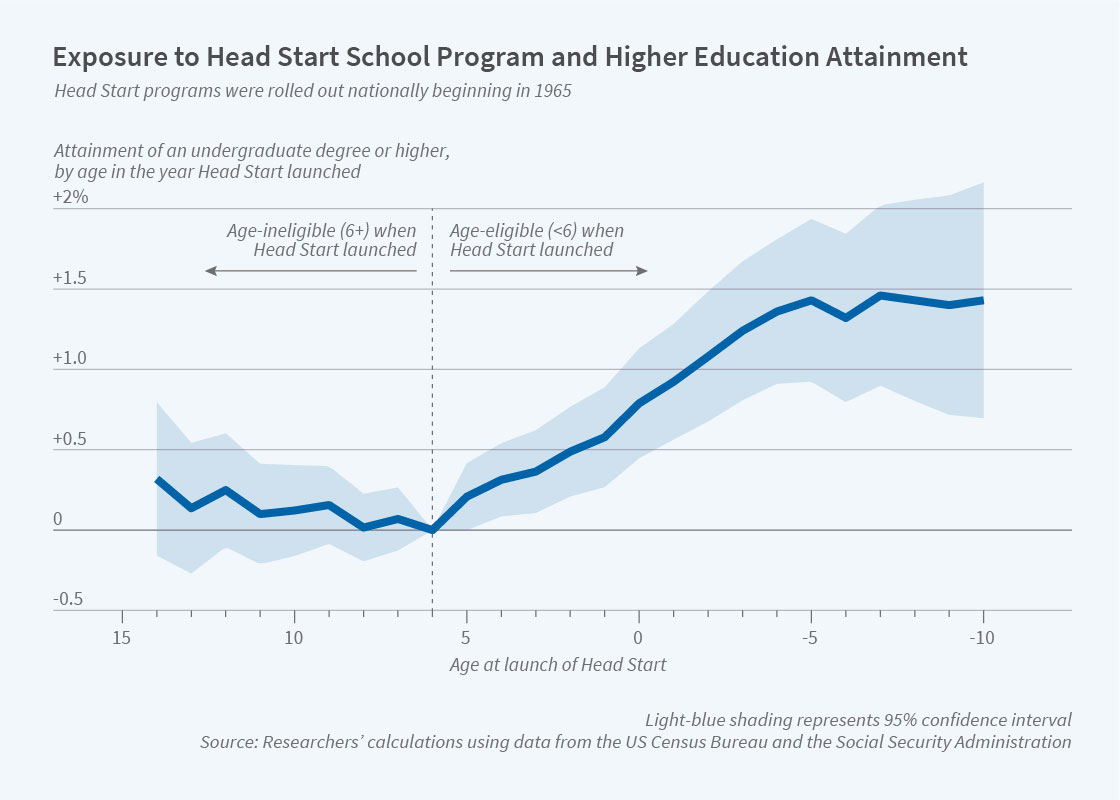 The Head Start program increases high school and college graduation rates and participation in the workforce, according to a new study by Martha J. Bailey, Shuqiao Sun, and Brenden D. Timpe.

Launched in 1965, Head Start takes a multipronged approach to enriching young lives. In addition to building academic and interpersonal skills, it addresses health by providing nutritious meals, vaccinations, and screenings for childhood diseases and vision and hearing problems. It also encourages parental involvement and connects families to social services.

The researchers analyze data from the US Census Bureau and the Social Security Administration. Their sample includes 22.5 million children born between 1950 and 1980 when they were aged 25 to 50, from 2000 to 2018. By including cohorts before the advent of Head Start, the researchers are able to rule out factors that may have influenced trends in particular counties. Using birth county and date-of-birth data, they measure childhood access to Head Start, while controlling for state-level economic and policy changes that could have influenced outcomes independently of the program. While the dataset does not identify individual Head Start participants, it allows for measurement of exposure. To estimate the impact of the program, the researchers compare adult outcomes for cohorts of Head Start-eligible children (ages 5 and under) with cohorts of those who were ineligible (ages 6 and over) as the program rolled out at county level from 1965 to 1980.

The researchers suggest that Head Start may have influenced women and men in different ways, noting that its “effects on [a woman’s] human capital may have helped her marry a higher-earning spouse and, potentially, work less for pay and more in the household.” They find that Head Start reduced poverty rates among women by 31 percent.

They also note that the program may have contributed to the building of healthier, better-educated communities, but they have not attempted to quantify those effects.