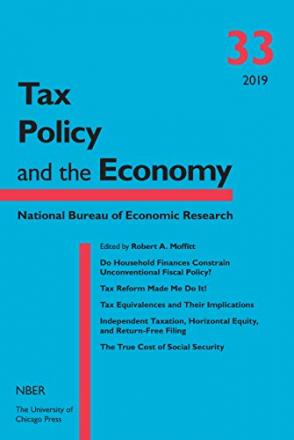 Switching from joint to independent taxation of spouses in married couples would reduce marginal tax rates on secondary earners, make the tax system marriage neutral, and facilitate return-free filing through exact withholding. This switch would, however, abandon the perspective that total household income is the best measure of ability to pay. This paper investigates the vertical and horizontal equity implications of a switch from joint to independent taxation of the sort that might occur in conjunction with adoption of return-free filing. There are two main findings. First, although there are winners and losers from the reform, there are enough free parameters such that it is possible to design an independent taxation system that approximately matches the current distribution of the tax burden by income decile and thus causes little change in vertical equity. Second, because the existing treatment of married couples under the tax code is far from the ideal that would be prescribed based on strict application of utilitarian ability-to-pay principles, the horizontal equity losses under independent taxation from not taking total household resources into account are offset by other horizontal equity gains. In particular, the current system often treats one-earner couples more favorably and two-earner couples less favorably than ability-to-pay considerations would suggest, and independent taxation reduces this inequity. On net, a switch to independent taxation would produce a very small reduction in horizontal equity, a cost that is likely to be outweighed by simplicity and efficiency gains.