The Political Economy of Tax Reform 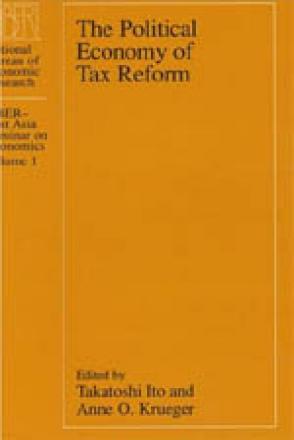 The rapid emergence of East Asia as an important geopolitical-economic entity has been one of the most visible and striking changes in the international economy in recent years. With that emergence has come an increased need for understanding the problems of interdependence. As a step toward meeting this need, the National Bureau of Economic Research joined with the Korea Development Institute to sponsor this volume, which focuses on the complexities of tax reform in a global economy.
Experts from Taiwan, Korea, the Philippines, Japan, and Thailand, as well as the United States, Canada, and Israel examine the major tax programs of the 1980s and their domestic and international economic effects. The analyses reveal similarities between the United States and countries in East Asia in political constraints on policy making, and taken together they show how growing interdependence interacts with domestic economic and political concerns to affect issues as politically vital as tax reform. Economists, policymakers, and members of the business community will benefit from these studies.