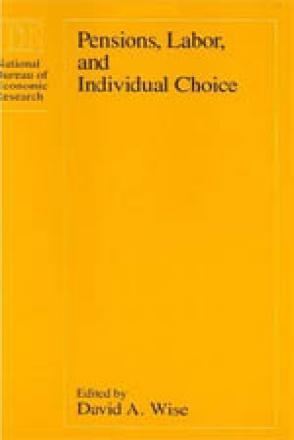 In recent years a decline in the labor force participation of older workers has combined with rapid current and projected increases in the number of older Americans, producing major policy debates over looming "crises" in social security and, to a lesser extent, in the private pension system. That private system is playing an increasing role in the support of retired workers and promises to be the subject of increasing scrutiny by economists and policymakers alike.
Previous books on private pensions have largely neglected behavioral implications of the features of pension plans. The papers in this volume, developed from material presented at a recent National Bureau of Economic Research conference, address two aspects of the relation between varieties of labor coverage and participation in the labor force. First, age at retirement may be correlated with kind of pension coverage. The papers, in fact, provide strong evidence that individual decisions about when to retire are directly influenced by pension options. Second, pension plans usually impose a high cost on workers who change jobs, which suggests that pension coverage reduces instances of job change. Pensions, Labor, and Individual Choice quantifies these correlations and proposes a conceptual framework within which to view them.