The Interwar Housing Cycle in the Light of 2001-2012: A Comparative Historical Perspective 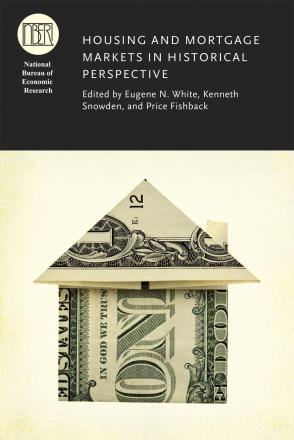 This paper examines the interwar housing cycle in comparison to what transpired in the United States between 2001 and 2012. The 1920s experienced a boom in construction and prolonged retardation in building in the 1930s, with a swing in residential construction's share of GDP and absolute volume, which was larger than occurred in the 2000s. In contrast, there was relatively little sustained movement in the real price of housing between 1919 and 1941. The upward and downward price movements were modest, certainly in comparison with more recent experience. The paper documents the higher degree of housing leverage in 2001-2012 and a rate of foreclosure on residential housing post-2006 that is likely higher than the rate endured during the 1930s. It concludes that balance sheet problems arising from the residential housing boom posed greater obstacles to recovery in the more recent period than they did in the interwar period.

The Interwar Housing Cycle in the Light of 2001-2011: A Comparative Historical Approach
Author(s): Alexander J. Field
This paper examines the interwar housing cycle in comparison to what transpired in the United States between 2001 and...