American Economic Growth and Standards of Living before the Civil War 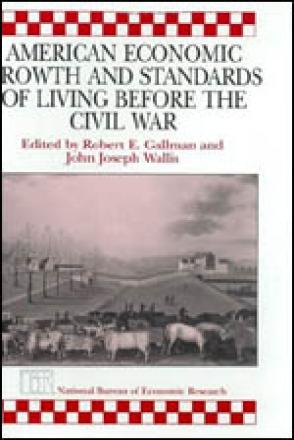 This benchmark volume addresses the debate over the effects of early industrialization on standards of living during the decades before the Civil War. Its contributors demonstrate that the aggregate antebellum economy was growing faster than any other large economy had grown before.
Despite the dramatic economic growth and rise in income levels, questions remain as to the general quality of life during this era. Was the improvement in income widely shared? How did economic growth affect the nature of work? Did higher levels of income lead to improved health and longevity? The authors address these questions by analyzing new estimates of labor force participation, real wages, and productivity, as well as of the distribution of income, height, and nutrition.