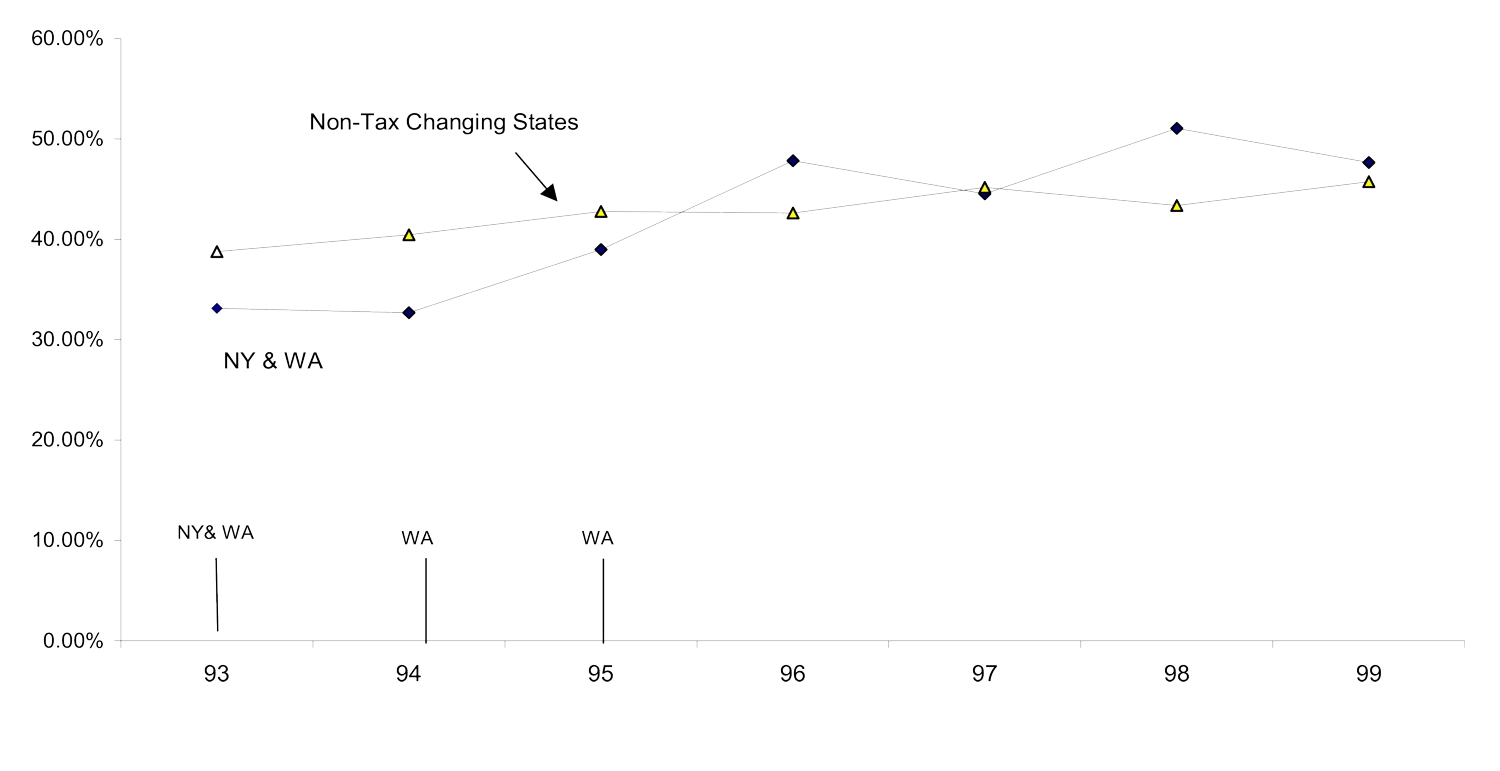 Prenatal and maternal smoking has significant detrimental effects on children's health. Prenatal smoking accounts for one in five low birth weight babies and is the most important modifiable risk factor for poor pregnancy outcomes. Even for women who quit smoking during pregnancy, postnatal smoking doubles the risk of Sudden Infant Death Syndrome and is a major risk factor for respiratory illness, middle ear problems, and asthma in children.

Cigarette excise taxes are one possible tool to discourage prenatal and maternal smoking. In "The Effect of Cigarette Excise Taxes on Smoking Before, During, and After Pregnancy" (NBER Working Paper No. 9245), Greg Colman, Michael Grossman, and Ted Joyce explore this relationship using data from the Pregnancy Risk Assessment Monitoring System, a monthly survey of recent mothers in twenty-five states. Specifically, the authors ask whether individuals living in states that raised cigarette taxes between 1993 and 1999 experienced increases in prenatal quit rates and decreases in postpartum relapse rates relative to individuals in states with no change in taxes.

Next, the authors directly estimate the effect of cigarette taxes on quit and relapse rates, using the same changes in state cigarette taxes to identify the effects. They find that a 10% increase in cigarette taxes increases the probability of a woman quitting smoking during pregnancy by 10%. This suggests that over one-quarter of the 9 percentage point increase in quit rates that occurred over the sample period can be explained by increases in cigarette taxes during the period. The authors estimate that a 30-cent increase in taxes would have approximately the same effect on quit rates as enrolling women in prenatal smoking cessation programs.Figure 1 compares the prenatal quit rate for women in New York and Washington state, where cigarette taxes were raised early in the sample period, to the quit rate for women in six states that did not raise taxes. As the figure illustrates, the quit rate in the two affected states rose by approximately 15 percentage points between 1994 and 1996, while the quit rate for the unaffected states remained relatively constant. A similar analysis of postpartum relapse rates suggests that these rates fell by 5 percentage points over the sample period in the affected states relative to the unaffected states.

Finally, the authors estimate that a 10% increase in cigarette taxes decreases the probability of postpartum relapse by 10%. However, the authors note that despite recent tax increases, 75% of all quitters still resume smoking within one year of delivery, suggesting that women may not fully understand the negative consequences of maternal smoking for children's health.

The Effect of Cigarette Excise Taxes on Smoking Before, During and After Pregnancy