The prevalence of youth overweight has risen dramatically over the past three decades in the U.S. and now represents an epidemic. Since 1970, the fraction of children that are overweight has nearly quadrupled among 6 to 11 year olds and more than doubled among 12 to 19 year olds. Currently, one in six children aged 6 to 19 is overweight, defined as a body mass index (BMI) above the 95th percentile of the historical BMI distribution. Youth overweight is a major public concern because of its well-documented detrimental effects on physical health, mental health, and health care costs.

One possible contributing factor to the rise in youth overweight is decreased physical education (PE) in schools. For example, the percentage of high school students enrolled in daily PE classes fell from 42% to 28% between 1991 and 2003.

The dual trends of rising youth overweight and declining PE time have led numerous organizations, including the American Academy of Pediatrics and the Secretaries of Education and Health and Human Services, to call for students to spend more time in PE classes. Legislation to increase or reform PE has been introduced in 38 state legislatures this year.

Despite the calls for reform, there is little empirical evidence showing that more time in PE classes helps to reduce youth overweight. This question is examined in a new study by John Cawley, Chad Meyerhoefer, and David Newhouse, "The Impact of State Physical Education Requirements on Youth Physical Activity and Overweight" (NBER Working Paper 11411).

The authors note that simply comparing the effect of time spent in PE on physical activity or weight is likely to be problematic. For example, PE classes may be electives and students who enjoy physical activity may be more likely to enroll, creating a relationship between PE time and physical activity that is not causal. To address this, the authors use state PE requirements to predict the amount of time students spend in PE and use this predicted measure in their analysis. The data for their analysis is a sample of 37,000 high school students from the 1999-2003 Youth Risk Behavior Surveillance System.

The authors first test whether time spent in PE classes translates into a greater amount of physical activity. They find that it does, but the effects are small. For example, more than two additional hours per week of PE are required for students to report that there was an additional day during the week that they exercised vigorously for at least 20 minutes or did any strength-building activity. As the authors note, "it appears that little of the time spent in PE classes that students classify as spent exercising or playing sports translates into additional days with substantial exercise or strength-building activity."

Next, they explore whether additional PE time affects student weight. They find no detectable impact of PE time on BMI or the probability that the student is overweight or at risk of overweight (above the 95th or 85th percentile of the historical BMI distribution).

The authors note that their findings are consistent with those of a previous study that focused on younger children. Thus they conclude that "the consistent inability to reject the null hypothesis of no effect of PE on student overweight suggests that there is not yet a scientific base for the many recent calls to increase PE in order to prevent or reduce childhood overweight." 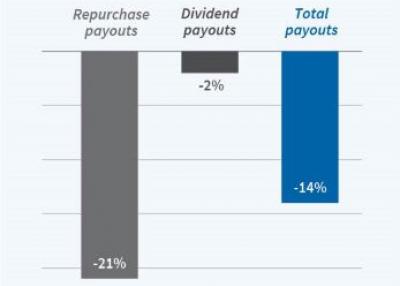