The Law and Economics Program emphasizes economic analysis of processes within courts, legislatures, and government agencies, as well as of the effects and causes of substantive legal rules in the foundational legal subjects of property law, criminal law, contract law, and tort law. Program members meet twice annually, once at a midyear program meeting and again at the NBER Summer Institute.

This article first describes recent research on legal processes and in the foundational legal subjects. It then examines work on the causes and effects of substantive legal rules in the additional areas of consumer financial protection, corporate law, and workplace law.

The Operation of Legal Processes

The operation of legal processes, particularly in courts, is a core emphasis of the program. The operation of these processes in criminal cases in particular has been a focus in recent years as concerns with racially disparate effects of the criminal justice system have grown. Research by David Arnold, Will Dobbie, and Crystal Yang examines the impact of criminal defendants’ race on the decisions of judges charged with setting bail requirements.1 The researchers find that Black defendants are 3.6 percentage points more likely to have to post bail than their non-Black counterparts. Moreover, among defendants required to post bail, bail judges require Black defendants to post amounts that are $9,923 greater on average than those required of non-Black defendants. As Arnold, Dobbie, and Yang note, it is sometimes suggested that racially disparate bail amounts may reflect underlying differences in the risk of misconduct across different groups. The researchers find, however, that marginally released non-Black defendants are 22.2 to 23.1 percentage points more likely to be arrested for pretrial misconduct than marginally released Black defendants. Given this finding, the greater stringency of bail judges’ treatment of Black defendants is not well explained by reference to higher misconduct within this group of defendants.

An important research focus of the program is the operation of legal processes within civil litigation. Within this system, a private party may bring a lawsuit that lacks merit but nonetheless can result in the extraction of a settlement from the party that has been sued. This is so because defending a lawsuit is costly and because the US system, in a departure from its British antecedent, does not allow costs to be recovered from the losing side.

Recent research by Albert Choi and Kathryn Spier models the role of financial market opportunities in increasing the risk that a meritless lawsuit can result in a positive settlement for the party bringing suit.3 As a motivating example, the researchers offer the juxtaposition of hedge fund manager Kyle Bass’s litigation challenging pharmaceutical patents with his taking short positions in the shares of companies whose patents he was challenging. Taking a short position means an actor can credibly threaten to pursue a lawsuit even when the damages the actor bringing the lawsuit expects to recover are lower than this actor’s litigation costs. The reason that taking a short position can have this effect is that the expected damages that must be paid to the actor who brought the lawsuit reduce the value of the defendant firm, which produces a further gain to the actor who pursued the lawsuit while taking a short position. In effect, the proceeds from the short sale subsidize the litigation costs of the actor filing the lawsuit, allowing this actor to profit from a suit that the actor otherwise would not bring. Choi and Spier’s analysis aligns with other law and economics work exploring how third-party interactions can strengthen the hands of litigants in battling their opponents.

Some behavior that society seeks to deter is not criminalized but instead is made the basis of tort liability. A prominent illustration of tort liability is that for selling products that threaten serious harm; such behavior by firms can give rise to products liability, a very large component of tort liability in the United States. Large damage awards in products liability cases have raised concerns that such liability may exert a substantial chilling effect on innovation. Alberto Galasso and Hong Luo explore the effects of products liability on innovation by examining medical patenting after large-scale lawsuits filed by silicone breast implant and temporomandibular joint (TMJ) jaw implant recipients in the late 1980s.5 The researchers report that this period featured a relative decline in medical implant patenting compared to patenting in non-implant medical device technologies, as Figure 2 shows. FDA applications similarly suggest that in this period medical implant innovation experienced a decline relative to other medical device innovation. The researchers also consider the effects of the Biomaterials Access Assurance Act, a 1998 law designed to restore incentives for medical implant suppliers. Galasso and Luo suggest that patenting dynamics similar to those they study may occur in other technology-oriented industries associated with significant risk, such as transportation and energy.

An extremely active area of contemporary research in the program is consumer financial protection. In recent work, Tal Gross, Raymond Kluender, Feng Liu, Matthew Notowidigdo, and Jialan Wang analyze the effects of the Bankruptcy Abuse Prevention and Consumer Protection Act of 2005.6 This law placed a number of new limitations on filing for bankruptcy. The researchers find that bankruptcies fell by half in the two years following the law’s effective date compared to the two years prior to its effective date. This result includes an adjustment for the last-minute rush to file before the law went into effect. The researchers find that 60 to 75 percent of the cost savings of the reduced likelihood of credit card debt being discharged through bankruptcy was passed along to consumers in the form of reduced interest rates.

Workplace law has long been a focus of the program. Recent work by Mason Ameri, Lisa Schur, Meera Adya, F. Scott Bentley, Patrick McKay, and Douglas Kruse investigates the efficacy of disability discrimination law via a field experiment involving responses to job openings for accounting positions with applications that either did or did not reference disability.7 Examining responses from applicants with versus without a spinal cord injury, the researchers find that the probability of a positive employer reply (such as an interview, a request for further documents or credentials, or a request for a further action by the applicant) was 4.80 percent for the former group compared with 6.58 percent for the latter group, despite the fact that a spinal cord injury would be unlikely to have a significant productivity effect in the accounting positions targeted by the applications. Further disaggregating by employers above versus below the coverage threshold for the Americans with Disabilities Act (ADA) prohibition on disability discrimination in employment, the researchers find a significantly lower probability of a positive employer reply to an applicant with a spinal cord injury among employers below the ADA’s 15-employee coverage threshold relative to employers above that threshold. 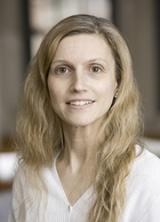 Christine Jolls, the director of the NBER’s Law and Economics Program, is the Gordon Bradford Tweedy Professor at Yale Law School.