There are about 180 currencies in the world, but a very small number of dominant currencies play an outsize role in international trade, finance, and central bank foreign exchange reserves. In the modern era, the US dollar has a dominant international presence, followed to a lesser extent by the euro and a handful of others. Gita Gopinath and I recently surveyed the literature on dominant currencies.1

The use of currency in international trade is not exogenous, but is instead the consequence of active firm-level decisions at the micro level with allocative consequences at the macro level. I study this in recent work with Mary Amiti and Jozef Konings.3 There is considerable heterogeneity across firms in the use of a handful of global currencies, especially in trade among pairs of developed countries. At the same time, currency choice is remarkably stable over time, with the status of dominant currencies remaining unchanged over decades, supported by the presence of strategic complementary forces that lock in the currency equilibrium. Nonetheless, there can be decisive shifts in the international monetary system over long time horizons, with the status of dominant currencies changing over centuries or half centuries. The previous dominant currency, the British pound, lost its dominant status in the 1930s. However, long after the UK had ceased being the leading world economy, the pound kept its role as an important currency for pricing, anchoring, and financing.

While the US dollar accounts for a disproportionate share of international trade, there is a small subset of currencies that are actively used in this trade alongside the dollar, most notably the euro, but to a lesser extent the pound, the Japanese yen, the Swiss franc, and the Chinese yuan. In some bilateral trade flows these currencies play as important a role as the dollar [see Figure 1], with considerable variation in currency use across individual firms even within narrowly defined industries. The dollar and the euro have emerged as the two leading currencies in accounting for international trade flows, with the role of the euro elevated by the fact that a large portion of international trade happens among European countries or involves one of the European countries. A distinctive feature of dominant currencies is that the same currency is equally prevalent in both imports and exports, a feature common to both the dollar and the euro, which is also at odds with standard international macro models that assume a greater role for many currencies to be present in global trade. Nonetheless, a clear distinction between the dollar and the euro is that the dollar in many cases is also a vehicle currency, not used domestically by either the importing or the exporting country. One can thus think of the dollar as the dominant global currency and of the euro as the dominant regional currency, all in the presence of a handful of other currencies used in specific bilateral trade flows.

The presence of this heterogeneity permits a study of the determinants of currency choice at the micro level, as well as the implications of this choice for exchange rate transmission into export prices and quantities at different time horizons. The findings of these analyses can then be used for counterfactual analysis of changes in the currency equilibrium in response to large shifts in the global monetary system.

Theories of currency choice can be classified based on the three conventional uses of money. Medium-of-exchange theories emphasize that a currency is adopted if it guarantees the lowest transaction costs or maximizes room for mutually beneficial exchange. These theories stress country size as a fundamental force, as well as the likelihood of multiple coordination equilibria and other macroeconomic factors that make it too costly to use currencies of developing countries, which explains the existence of only a small subset of global currencies. Note that “invoicing currency” can refer to either the transaction currency or the currency in which the price is preset; the two typically coincide, likely reinforcing each other’s roles.

Store-of-value theories link currency choice in exports with the currency of financing of the firm as part of a combined risk-management decision. Finally, unit-of-account theories postulate that a price is set in a given currency and is not adjusted in the short run, thus forming the basis for open economy New Keynesian analysis. This is the framework for which both theory and empirical evidence is well developed.4

Using detailed Belgian data, Amiti, Konings, and I observe that firm size, proxying for strategic complementarities in pricing with competitors in the destination market, and the cost share of imported inputs are the two key determinants of currency choice; larger and more import-intensive firms are more likely to deviate from pricing in euros and choose foreign-currency pricing of exports. Figure 2 illustrates this pattern by displaying a steep gradient in the use of currencies across firms of different sizes. Smaller Belgian exporters use euros almost exclusively in their ex-EU exports. In contrast, larger exporters use the dollar, and the largest firms occasionally price in the destination currency.7 Furthermore, the firms that rely more on imported inputs, in particular those invoiced in dollars, are more likely to adopt the dollar in export pricing, while larger firms are more likely to adopt the destination currency. Firms with cross-border ownership, arguably proxying for their participation in global value chains, are more likely to invoice in dollars. We also provide direct evidence of strategic complementarities in currency choice, whereby the currency used by a firm’s competitors has a strong impact on the firm’s own currency choice.

A firm’s currency choice is a key determinant of the exchange rate pass-through into prices and quantities. A large literature has shown that exchange rate pass-through into destination prices is incomplete when exports are invoiced in a foreign currency. However, establishing whether the effects of foreign-currency price stickiness are causal is challenging, for two reasons. First, the relationship could be driven by confounding macroeconomic variables, whereby exchange rates comove with macroeconomic shocks, (e.g., a global financial crisis) that also affect prices and quantities of traded goods. Second, this relationship could be due to selection, where certain firm characteristics determine simultaneously the firm’s currency choice and the exchange rate pass-through into its prices and quantities. By comparing firms with similar characteristics that choose to price in different currencies for idiosyncratic reasons, we are able to isolate the effect of the firm’s currency choice on pass-through, controlling for selection effects. Furthermore, our inference is based on the differential response of firms to the same exchange rate shocks in the same equilibrium environment, thus excluding confounding macroeconomic variation.

These dynamic pass-through patterns are in line with the predictions of a sticky-price model with endogenous currency choice. Our structural estimates offer a new test of the allocative effects of price stickiness by estimating the treatment effect of invoicing currency on the response of prices and quantities to an exchange rate shock. We show that the nonparametrically estimated dynamics of pass-through are consistent with a Calvo model of staggered price setting with roughly a 10 percent monthly probability of price adjustment, or in other words, with an average duration of prices of 10 months, broadly consistent with somewhat higher direct estimates in the literature. This extent of price stickiness implies that about 30 percent of prices have yet to adjust a year after the shock, and the differential pass-through across firms pricing in different currencies is approximately 50 percentage points for 12-month changes in prices, consistent with our empirical estimates.

Finally, the cross-currency differential pass-through into prices translates into consistent differences in the responses of quantities, with an estimated negative export quantity elasticity of around 1.5 for all goods and over 2 for differentiated goods, in line with other macroeconomic estimates of this elasticity.8 This establishes the allocative effects of sticky prices in the endogenously chosen currency of invoicing. The quantities, however, take time to adjust, with the effects becoming significant only about a year after the shock, as we illustrate in the right panel of Figure 3, suggesting a role for quantity adjustment frictions in addition to price stickiness.

These results have broad macroeconomic implications. In particular, they emphasize the forces that currently lock in the dominant role of the dollar in world trade, but may also ultimately lead to the demise of the dollar and its replacement by either another single dominant currency or a basket of currencies. One possibility is that the US dollar strengthens its position as the dominant global currency. This could happen with greater globalization of production and more intensive reliance on global value chains; our results show that cross-border foreign direct investment — a proxy for global value chains — is associated with more US dollar currency invoicing. This would render exchange rates less relevant as determinants of relative prices and expenditure switching in the global supply chain. In contrast, fragmentation and localization of production chains, which might happen in response to a global pandemic shock, can reverse this trend and speed up the transition to a multicurrency equilibrium, with more intensive regional trade and greater barriers to cross-regional trade. This, in turn, may increase the expenditure-switching role of bilateral exchange rate movements.

Alternatively, a shift in the exchange rate anchoring policies of the major trade partners, such as China, could trigger a long-run shift in the equilibrium environment. If China were to freely float its exchange rate, encouraging Chinese exporters to price more intensively in renminbi, then the equilibrium environment would change for exporting firms around the world. In particular, this would alter both the dynamics of prices in the input markets as well as the competitive environment in the output markets across many industries. As our results show, the currency in which a firm’s imports are invoiced and the currency in which its competitors price are key determinants of an exporting firm’s currency choice, and hence this shift could dramatically change the optimal invoicing patterns for exporting firms. This, in turn, may lead monetary authorities across the world to further adjust their nominal anchoring and realign their exchange rate management policies, further changing the equilibrium in the international monetary system. 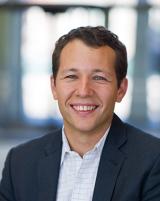 Oleg Itskhoki holds the Venu and Ana Kotamraju Endowed Chair in Economics at the University of California, Los Angeles. He is an NBER research associate affiliated with the International Trade and Investment, International Finance and Macroeconomics, Monetary Economics, and Economic Fluctuations and Growth programs. He is also a research affiliate at the Center for Economic Policy Research and an associate editor of the American Economic Review.

Itskhoki was born in Moscow and lives in Los Angeles with his wife, Albina, daughters Liza and Leila, and son Lev. If there is spare time, he plays tennis, rides road bicycles, skis, and surfs.