NBER Research Associate Melissa Dell of Harvard University has been named this year’s recipient of the John Bates Clark Medal, which is awarded by the American Economic Association to the American economist under the age of 40 who has made the most substantial contribution to economic thought and knowledge.

Dell has made path-breaking contributions in political economy and development economics, highlighting the important role that institutions play in economic development.  Her research ranges widely, documenting, for example, the centuries-long economic legacy of colonial institutions in Peru, the impact of the Mexican drug war on local economies, and the effects of bombing and other interventions on the military and political activities of insurgents during the war in Vietnam.  The award citation notes that “through her pioneering careful and creative data collection and empirical work, Dell has advanced our understanding of the role state and other institutions play in the daily lives and outcomes of ordinary people.” The full citation for her award may be found at https://www.aeaweb.org/about-aea/honors-awards/bates-clark/melissa-dell

Dell is an affiliate of three NBER programs: Development Economics, Development of the American Economy, and Political Economy.  A native of Oklahoma, she holds three degrees in economics: an AB from Harvard College, an MPhil from Oxford University where she was a Rhodes Scholar, and a PhD from MIT. 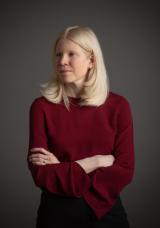