Christopher Carpenter, the E. Bronson Ingram Chair and Professor of Economics at Vanderbilt University, is the new director of the NBER’s Health Economics Program. He succeeds Michael Grossman of the City University of New York, who has directed the program for more than four decades.

Carpenter’s research focuses on how public policies affect health and family outcomes. He has studied the determinants and consequences of youth substance abuse and a variety of other health-related behaviors, including seatbelt and bicycle helmet use, the take-up of cancer screening, and vaccination. Carpenter has also analyzed the consequences of legal access to same-sex marriage in the United States. He serves on the board of directors of the American Society of Health Economists and chairs the American Economic Association’s Committee on the Status of LGBTQ+ Individuals in the Economics Profession.

Carpenter has been an NBER affiliate since 2005. He received his undergraduate degree from Albion College and his PhD from the University of California, Berkeley.

The Health Economics Program traces its roots to the activities of the NBER’s Center for Economic Analysis of Human Behavior and Social Institutions, which was launched in 1972 under the direction of Victor Fuchs. The program focuses on the determinants of health status and human health capital. 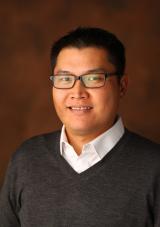