American women from their fifties to their seventies are working more now than ever. Their increased participation at older ages started in the late 1980s, before the turnaround in older men’s labor force participation and prior to the economic downturns of the first decade of the 21st century.

Women’s labor force participation rates when 55 to 64 years of age now differ from men’s by less than 10 percentage points; around 1970 the difference was about 40 percentage points. The trend toward higher labor force participation by older women has persisted for almost 30 years, and consists disproportionately of women who are working at full-time jobs.

Many women have continued to work despite having the resources to retire, reinforcing the notion that women have become as attached to their métier, calling, and profession as men. Among women 59 to 63 years old and currently married to employed husbands, 68 percent are working, up from 52 percent for cohorts born in the 1930s. 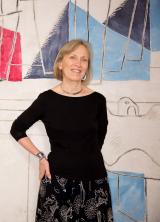