NB22-08: Racial and Ethnic Differences in the Consumption of SSDI Beneficiaries

There are large differences in disability rates by race and ethnicity, with Native Americans and blacks having higher rates than whites and other racial/ethnic groups (Ross and Holmes 2017). There are also longstanding concerns that these differences interact with Social Security rules to create racial and ethnic differences in the payments and economic security provided to beneficiaries (Hendley and Bilimoria 1999).
The aim of this project is to develop an understanding of racial and ethnic differences of the consumption patterns of Social Security Disability Insurance (SSDI) beneficiaries, as research has shown that consumption patterns capture the well-being of low-income individuals and welfare recipients better than income flows (Meyer and Sullivan 2003, 2008; Meyer and Mok, 2013). This will be done using the Consumer Expenditure Survey (CE Survey), by developing and extending the insights from a previous project which addressed the key issues around accurately measuring SSDI beneficiaries and their income in the CE Survey. In particular, I want to understand if there are racial differences in how dependent households are on SSDI income (relative to wage earners with similar characteristics). This will be examined through describing and comparing households’ level and type of consumption. It would be the first step of a long-term research agenda looking at the relationship between economic security and racial characteristics; trends over time; and how SSA policies may affect this relationship. 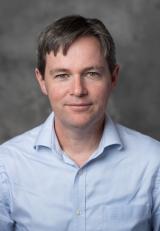