Life expectancy among Native Americans is more than five years shorter than in the US general population. The prevalence of chronic and debilitating illness, and in particular cardiovascular disease, diabetes, and asthma, is substantially higher in this population as well. To what extent are these disparities driven by the persistent and long-standing poverty among Native populations?
We will study how increased income affects disability and mortality. The source of the additional income is tribal casino revenues. Since the adoption of the Indian Gaming Regulatory Act (IGRA) in 1988, more than one-third of the 567 federally recognized AI tribes have started gaming operations. Revenues from tribal gaming operations as of 2018 were approximately $30 billion. Casino-generated revenues affect tribal members in two ways: through potentially improved earnings due to employment opportunities and though unearned cash transfers to tribal citizens.
We will use a new and unique panel dataset to investigate how exogenous income transfers affect disability, mortality, and the mortality gap between AIs and the rest of the US population. We have created a longitudinal dataset using restricted access data on the US population and the population of tax filers for the period 1989-2018. The data include information from the National Vital Statistics System that record the date of death for deceased individuals, in addition to the date of birth; the tax data include information on supplemental security income (SSI) receipt. We have collected data on casino openings and revenue sharing programs that have been merged with the population data using residential location in 1989 and race. This is a large dataset that has the potential to yield valuable information on the income-mortality relationship in the US overall, as well as among racial and ethnic subgroups. Further, when combined with the casino operations data, it can be used to identify the impact of casino operations on AI health, as well as their impact on the racial mortality and disability gap between AIs and the rest of the US population. 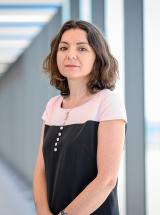