NB19-20:The Effect of Relabeling and Incentives on Retirement: Evidence from a Pension Reform

A common approach for Social Security systems around the world to address their fiscal shortfalls is to change retirement ages. Separating the financial incentives associated with the age changes from their impacts on retirement norms is difficult, but a reform in Finland allows us to do so. Before 2005, retirees in Finland qualified for “early” retirement at age 60, with “normal” retirement at age 65. In 2005, a new “flexible” retirement age was introduced at age 63. While the reform also included changes in financial incentives, these changes were both modest and more continuous across cohorts than was this “relabeling,” allowing us to separate the two. This project is a careful empirical analysis of the Finland reform. We will:
• Create a rich data set to study reform
• Lay out a set of testable hypotheses using this reform: The reform itself has some complicated elements and we will carefully understand how it works and what hypotheses we can test.
• Carry out empirical analysis: A team in Finland will carry out the empirical analysis to test these hypotheses, under supervision of Gruber and Kanninen
• Create and submit manuscript: We will produce an academic article that describes our project and its findings, as well as summaries for relevant NBER publications 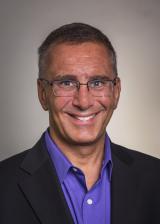