This study will analyze the retirement income choices of participants in retirement plans offered by TIAA, one of the largest defined contribution (DC) pension plans in the United States. It will seek to understand determinants of annuitization, including the role of interest rates, account balances, and coverage by Social Security or state DB plans. We will also explore the patterns over time, paying special attention to the gradual decline in annuitization rates since 1989, prior to which most TIAA participants were required to purchase some type of fixed or variable retirement annuity. Although the fraction of participants choosing an annuity has declined over time as additional payout options became available, it did not fall sharply when annuitization constraints were lifted as many models of constrained optimization would predict. This project will empirically explore reasons for this gradual decline and more generally shed light on the demand for annuitized income streams by DC plan participants. The project will use a rich panel data set of TIAA participants to explore the demand for annuitization of retirement accounts. We will explore both cross sectional and time series patterns. Among the questions we will explore are:
• How does variation in annuity pricing due to changes in real interest rates affect the fraction of retirees with access to an annuity option who select that option?
• How is the annuitization decision influenced by whether or not the individual works in a job covered by Social Security or a public sector DB plan?
• How does the balance in a DC account affect the likelihood of selecting an annuitized payout stream, and how has that varied over time? Is there a level of accumulation above which retirees no longer choose annuities, and do those with small balances forgo annuitization? 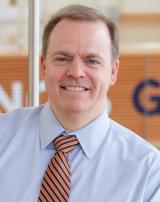 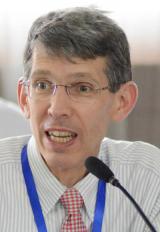 This project is supported by the Social Security Administration under grant number 1RDR18000003-01-00.