NBER Center for Aging and Health Research Supplement: Who Bears the Damage from Air Pollution’s Effect on Dementia?

In previous work, we found that long-term exposure to fine particulate matter air pollution (PM2.5) increases the probability of a dementia diagnosis. In the proposed project we will evaluate how the damages from PM2.5’s effects on cognitive impairment, including dementia diagnoses, vary with socioeconomic, medical, and geographic factors.
The specific aims of this project are to analyze how the prevalence of cognitive impairment due to PM2.5 differs by three factors:
1. Socioeconomic factors, including race, income, wealth, and education.
2. Pre-existing medical factors, including gender and the presence of cardiovascular illnesses, e.g., hypertension, diabetes, heart disease, and stroke.
3. Geographic factors, such as the chemical composition of PM2.5 at the regional level.
Differences across people in the prevalence of cognitive impairment due to PM2.5 may occur through two channels. First, people may differ in their levels of long-term exposure to PM2.5 and those differences may be associated with differences in socioeconomic, medical, and geographic factors. This could occur, for example, if lower-income people live in more polluted neighborhoods. Second, even at a given level of PM2.5 exposure, each
of these factors may contribute to some people being more vulnerable to cognitive impairment due to long-term exposure. For example, cardiovascular illnesses are known risk factors for dementia, and having such illnesses may heighten the risk from PM2.5. By assessing both of these channels together, this project will generate the first empirical insights regarding the equity of the effects of air pollution and its regulation on cognitive impairment. 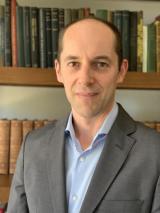