Between 2000 and 2014, drug overdoses involving opioids rose 200%, fueling widespread concern about an opioid epidemic and spurring calls for changes in public policy (Chen et al., 2014; Dart et al., 2015; Rudd et al., 2016). A distinguishing feature of the current epidemic of drug abuse is that many overdoses and deaths can be attributed to legal opioids that were prescribed by a physician. The clinical use of opioids in the United States
has quadrupled since 1999, contributing to the rise in drug overdoses, emergency room visits, and admissions for drug treatment. Despite significant efforts to restrict the prescribing of opioids over the past decade, prescription opioid abuse and drug overdoses due to prescription opioids have continued to rise (Health and Human Services, 2014; Meara et al., 2016). Combined with deaths from suicide, alcohol, and other drug abuse, these increases have been sufficient to reverse decades-long improvements in all-cause mortality for middleaged white non-Hispanic men and women in the US (Case and Deaton, 2015, 2017).

Despite a recent wave of literature examining the opioid epidemic, a key question for policy makers remains unanswered: is the crisis demand driven or supply driven? If the crisis has been fueled by increased demand for prescription opioids over the past decades, then informational campaigns and economic policies aimed at changing preferences and reducing need for opioids may prove useful in quelling the epidemic. If, however, the
crisis has been driven primarily by an increased willingness of physicians and other medical providers to prescribe opioids for a wide array of conditions, then educating physicians (Schnell and Currie, 2018), instituting prescribing limits, and increasing oversight of injudicious prescribers may instead be more effective. With deaths
involving opioids at unprecedented levels, a clear understanding of the factors driving the epidemic is missing from the policy discussion surrounding how to best steer ourselves out. 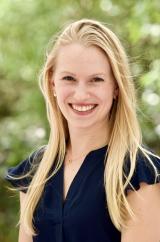 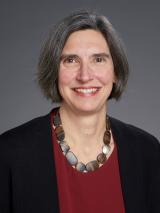 Supported by the National Institute on Aging grant #P30AG012810