The average American household spends $665 per year playing state-run lottery games. Lottery revenues are valuable to state and local governments. However, critics have claimed that state-run lotteries do not serve the public good, because lottery purchasers are overly optimistic about the chance they will win. This project seeks to answer the following question: should states run lotteries such as Mega Millions and Powerball, and if so, how should such lotteries be structured? The answer depends on a series of larger questions in behavioral economics. How much of lottery consumption is driven by entertainment and other normatively acceptable preferences versus ignorance, innumeracy, and other behavioral factors that a social planner might want to mitigate? Do lower-income people spend more on lottery tickets, and if so is does this enhance the welfare consequences of offering lotteries (because it reflects consumer surplus for people with higher marginal utility) or does this decrease the welfare consequences of offering lotteries (because it reflects exploitation of behavioral bias)? The goal of this project is to study state-run lotteries by building on recent advances in behavioral public economics. The first step is to collect new empirical data and analyses that identify a set of statistics that determine optimal lottery policy. The second step is to use the empirical parameters to simulate the welfare effects of lotteries and different design choices. This will provide the first benefit-cost analysis of state-run lotteries that theoretically and quantitatively considers the alleged behavioral biases at the heart of the policy discussion.

This project studies optimal lottery policy through the lens of optimal taxation, where lotteries are a taxed good whose consumers may be subject to behavioral biases. The project starts with a derivation of new sufficient statistics formulas for optimal pricing and attributes of a government-provided good. The key parameters of the welfare formulas will be estimated using lottery prizes and sales data and a large new nationally representative survey. The prize and sales data allow estimation of how lottery demand varies with ticket prices, jackpot amounts and smaller prizes. The new survey will generate a nationally representative dataset of how lottery expenditures vary with income, and how they vary with measures of innumeracy and poor statistical reasoning. These empirical moments permit estimation of a structural model of lottery demand, which will be used to examine the welfare consequences of eliminating or restructuring state-run lotteries. 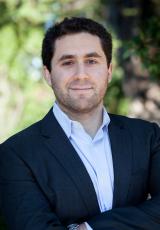 This project is supported by the National Science Foundation under grant number 2048841.