SBE-UKRI: Business Cycles, Uncertain Growth and the Distribution of Production

The decade since the Great Recession has seen a lack of new business creation and slow economic growth. This project explores the interplay between these two phenomena using a model economy with rich differences across businesses. The model economy reproduces the long-run size and age distribution of firms in the U.S. economy and thus gives rise to a firm life cycle. New businesses are typically small and grow over time, so startups become more important in the economy as they mature. As a result, the effect on the overall economy from a decrease in the number of startups grows with time. The initial loss of production and employment is small, but the absence of new firms implies a long-term cost that is far larger than the initial loss. The project explores forces that may explain a persistent lack of startups. The results of the project will help researchers and policymakers better understand both the causes underlying the past decade of slow growth and how long-term reductions in the number of firms contribute to the slow recovery.

The project investigates the slow GDP and investment growth over the past decade, relative to trend, alongside the persistent reduction in firm entry. The research explores possible forces driving large, long-lived changes in new business formation using a quantitative model with endogenous entry and exit. The model economy includes a distribution of firms that differ along several dimensions including their age, productivity, capital and debt. Changes in this distribution propagate exogenous shocks. Moreover, the model allows for countercyclical risk premia and thus large changes in firm value. As a result, it has the potential to reproduce persistent reductions in entry similar to those in the data. In this setting, the project explores the effect of persistent shocks to total factor productivity growth, increases in the uncertainty of future growth and shocks to firms' cost of borrowing. The model economy serves as a laboratory to evaluate the sources of the slow economic recovery through the lens of firm entry, and is used to study the effect of such shocks both on the aggregate economy and on the distribution of production across firms. 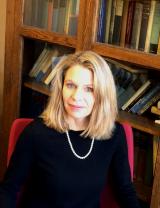 This project is supported by the National Science Foundation under grant number 1949489.