Housing is central in an economy. It is both a key service, the largest single component of consumer expenditure in the United States, and an important asset, with real estate the largest component on household balance sheets. Despite the centrality of housing to the American economy, existing long-run price series on housing markets are very limited, particularly prior to the 1970s. Sale and rental prices of housing provide a very useful reference point for quantifying economic and social progress. This project collects housing price data from newly digitized newspaper archives for urban areas in the United States over the period 1880-1990. Using this data, the project examines unresolved questions related to the evolution of real estate values and the standard of living in the United States.

Combining state-of-the-art methods in housing price index construction with newly digitized newspaper archives, the project will make important improvements over existing housing price series. Three samples will be created over the course of the project: one quarterly sample covering large cities for the period 1880-1990, one annual sample covering small cities for the period 1880-1980, and a set of census year samples for the period 1880-1930. Available data on housing attributes will also be collected, and observations will be geocoded to a fine level of spatial resolution. The project will use the housing price series to revisit the consumer price index over the twentieth century and to study how housing prices evolved within cities during crucial urbanization spanning the period from 1880 to 1930, when the Second Industrial Revolution, the mortality transition, and the first wave of the Great Migration occurred. 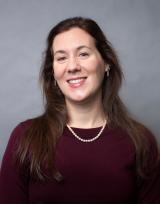