This research project extends the theory of socially dependent aspirations to the study of economic inequality and social conflict. Social surroundings affect individual's preferences through the setting of individual aspirations as the threshold between achievement and failure. Individual's growth can be enhanced by achieving their aspirations but may also be frustrated if the aspirations are not achievable. Because aspirations are generated by social surroundings, this leads to the interplay between the distributional character of economic development and individual behavior. With relatively moderate inequality, aspirations are achievable, and resources are expended to achieve them; when inequality is high agents give up on achieving their economic aspirations and turn to other components of their aspirations vector. The theoretical model can explain why direct class conflict is a relatively rare phenomenon. This research will apply this concept to the study of contemporary social conflicts and other phenomena, such as racism and xenophobia. The results of this research project will provide a better understanding of the sources of social conflicts and provide inputs into policies to reduce them. 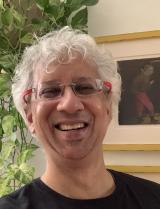 This project is supported by the National Science Foundation under grant number 1851758.