This project uses a big data approach to find out what lies behind the tremendous growth in the American economy in the nineteenth and twentieth centuries. This award supports a team of researchers, Costas Arkolakis and Michael Peters at Yale University, and Sun Kyoung Lee at Columbia University, who employ artificial intelligence and machine learning technologies to link and then analyze massive amounts of historical US federal census, Department of Labor, and Bureau of Labor Statistics data. The transformation of the US economy during this time period was remarkable, from a rural economy at the beginning of the 19th century to an industrial nation by the end. More strikingly, after lagging behind the technological frontier for most of the nineteenth century, the United States entered the twenty-first century as the global technological leader and the richest nation in the world. Results from this project will allow Americans to understand how people lived and how business operated. It will reveal the past that led us to where we are now in terms of people, geography, prices and wages, wealth, revenue, output, capital, numbers and types of workers, urbanization, migration, and industrialization.

In this project, multiple data sets, involving variables such as family status, age, ethnicity, occupation, literacy, and income, are linked. This enables researchers to build a robust picture of the factors that shaped the American economic geography and to illuminate major aspects of America's economic growth during the "Second Industrial Revolution" (1850-1940), a period characterized by an influx of people of European origin. One analysis constructs pairs of parent-child data and investigates, over time, how a child's chance of moving up relative to the child's parents has evolved. Another reveals how economic shocks and policies affected trends in intergenerational mobility. A third uses digitized plant-level Census of Manufactures data to explore the factors that contributed to manufacturing growth at the firm level and how this, in turn, affected America's aggregate economic growth. The data will be shared with other researchers in fields such as economics, history and sociology, enabling them to uncover the underlying forces of America's remarkable economic transition and growth. 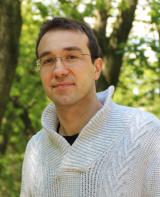