The Equilibrium and Spillover Effects of Early Retirement

This project examined the labor market effects of unemployment insurance extensions. It uses administrative Social Security matched employer-employee data from Austria. Critical components of the analysis are effects on wages as well as retirement/job separation effects.

The research found that:
- Older workers are very responsive to unemployment insurance benefit extensions, which in our setting may have served as a bridge into early retirement.
- These separations stem from high-value employment relationships, and may constitute inefficient separations.
- Wages appear unresponsive to such shifts on workers’ nonemployment outside options, implying that these workers may not be able to use such reforms to improve their bargaining power – even if they are older and on the retirement margin.
- However, in a second study, we find no effects on separations of such policies even for older workers. The key difference is that one reform was potential benefit extensions (entailing early retirement) rather than the benefit levels (in increases in the generosity of which even older workers did not separate from their jobs). 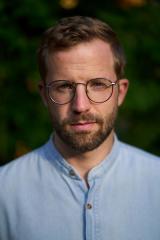 This project is supported by the Social Security Administration under grant number 5002112-BC18-S3 through a subaward from the Sandell Grant Program at Boston College .