Education is seen as an important determinant of economic growth. As low-income countries have increased the availability of education, it has led to large increases in educational attainment; however, enrollment rates especially for secondary school have failed to reach 100%, and enrolled students often have low attendance rates and poor performance on tests of basic skills. This project aims to better understand the demand for schooling among poor households in rural India, and how market forces and government programs can affect that demand. As economies develop, countries may have to do more than provide free schooling to guarantee high quality, universal education.

The paper, "Aggregate Effects from Public Works: Evidence from India" published in the Journal of Human Resources examines the impact of an increase in the demand for low-skill labor caused by a large public works program (NREGS) on schooling outcomes. Exploiting the staged rollout of the program for causal identification, we show exposure to workfare decreases adolescent school enrollment by 1-3.5 percentage points and increases labor force participation by four percentage points among adolescents, with females primarily substituting into unpaid domestic work. We also find evidence that young children exposed to the program in utero to age four benefit later in life, mostly likely due to the increased income in the household due to the program. We conclude that the opportunity cost of schooling is an important determinant of educational investment.

We also conduct a more macro assessment of the NREGS program in "Aggregate Effects from Public Works: Evidence from India" published in the Review of Economics and Statistics. We examine the within-district change to night-time lights and banking deposits using the staggered program rollout for identification. We find consistent and robust evidence that NREGS increased aggregate economic output by 1-2% per capita measured by night-time lights. This effect, however, is not equal across districts. We observe no positive effect of the program in poorer districts (wave 1 and 2 districts), illuminating an important source of heterogeneity. These findings have important policy implications for the design of NREGS and similar programs.

Another paper from this project, "Human Capital Investment in the Presence of Child Labor" examines the impact of early human capital on work and schooling choices. Policies that improve early life human capital are a promising tool to alter disadvantaged children's lifelong trajectories. Yet, in many low-income countries, children and their parents face tradeoffs between schooling and productive work. If there are positive returns to human capital in child labor, then children who receive greater early life investments may attend less school. Exploiting early life rainfall shocks in India as a source of exogenous variation in early life investment, we show that increased early life investment reduces schooling in districts with high child labor. These effects persist and are intergenerational, affecting adult household consumption, and lead to a divergence in the next generations' educational outcomes.

"The Right to Education Act: Trends in Enrollment, Test Scores, and School Quality" published in the AEA Papers and Proceedings focuses on India's Right to Education Act (RTE), which guarantees free and compulsory schooling to all Indian children age 6-14. This paper examines what changes occurred in the Indian educational system after the passage of this potentially transformative law. We examine changes in student enrollment, test scores, as well as various school characteristics, such as student-teacher ratios and school infrastructure. We document four important trends in the national data: (1) School-going increases after the passage of RTE, though this increase is more pronounced in "primary activity" NSS data than in official enrollment statistics, (2) Test scores decline dramatically after 2010 in both math and reading, (3) School infrastructure, including pupil-teacher ratios, appear to be improving both before and after RTE, and (4) The number of students who have to repeat a grade falls precipitously after RTE is enacted, in line with the official provisions of the law. We leave it to future research to conduct a more careful study of the mechanisms that may have caused this decline in test scores and how much is related to RTE. 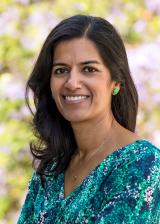