The Effect of SNAP Receipt on Household Behavior and Well-being: Evidence and Economic Interpretation

This project used detailed transaction records from a major retailer and comprehensive administrative data from the state of Rhode Island to study the effect of receipt of Supplemental Nutrition Assistance Program (SNAP) benefits on household behavior. The project resulted in academic articles as well as the development of new data and methods.

One academic article resulting from this project studies the effect of SNAP on household spending. The article reports evidence that every dollar received in SNAP benefits results in 50 to 60 additional cents of spending on food for at-home consumption. The article reports that receipt of a similar amount of cash would result in much smaller effects on food spending.

Another academic article resulting from this project studies the effect of SNAP participation on the composition and nutrient content of foods purchased for at-home consumption. The article reports evidence that the effect of SNAP participation is small when compared to socioeconomic factors and other sources of variation in the composition of purchased foods.

Both articles interpret the reported findings in light of economic theory and prior evidence.
Both articles resulted in published data that can be used for further analysis. The research in this project also led to the development of new methodology that has been adopted by other scholars.

SNAP is the second-largest means-tested welfare program in the US. Despite the program’s importance, significant uncertainty remains about the effect of SNAP on household food spending, nutrition, and health. Moreover, recent policy proposals regarding changes in SNAP benefit levels and exclusions of particular product categories (e.g. sweetened beverages) can only be properly evaluated with quantitative economic models. The research papers, methods, and models that this project has produced fill important gaps in knowledge and allow us to leverage new data from private and government sources to answer important public policy questions. The findings in the articles have been reported on in the news media and in policy discussions. 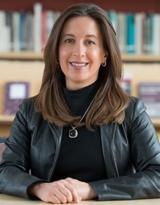