The goal of this project is to understand the underappreciated and understudied deterioration in health among middle-aged American men and women, especially among white non-Hispanics. All-cause mortality rates for white non-Hispanics aged 45–54, after three decades of decline, have been rising since 1998. The increase has been driven by drug and alcohol poisonings (accidental and intent undetermined), by suicides, and by cirrhosis and chronic liver disease. If white non-Hispanic mortality rates had continued to decline at 1.8 percent a year after 1998—the average rate of decline for whites in the previous two decades—about 500,000 deaths would have been avoided through 2013, a number comparable to cumulative AIDS deaths in the US. There has been no corresponding change in the rate of mortality decline for non-Hispanic blacks or for Hispanics. In the same age group, morbidity among white non-Hispanics has increased for a range of measures, including self-reported physical and mental health, chronic pain, ability to conduct activities of daily living, including work, self-reports of heavy drinking, and clinically measured liver function. In contrast to the midlife group, mortality and morbidity have continued to improve for those aged 65 and above. The project will drill down into these overall statistics, disaggregating by location, by age, by educational group, and by race and ethnicity, as well as by making comparisons with other wealthy countries. It will also attempt to understand the reasons behind the decline in midlife health. There are six specific aims: (1) to document the geographical distribution of the additional midlife deaths across the US and to link mortality and morbidity patterns across space to spatial patterns of income, poverty, inequality, employment, unemployment, and education, (2) to compare mortality and morbidity patterns across rich countries, (3) to investigate the racial and ethnic dimensions of midlife mortality and morbidity change in the US, to try to understand why non-whites and Hispanics have been largely exempt, (4) to understand the concurrent steepening in mortality and morbidity education gradients, (5) to investigate the links between morbidity and mortality, and particularly the role of pain, which has been important in the prescription of opioids, and which is itself a risk factor for suicide, and (6) to investigate the hypothesis that long-term unfavorable economic changes for those currently in midlife, particularly those with low educational attainment, have played a role in precipitating increases in morbidity and mortality. The long-term aim of the project is to understand an important and unusual reversal in the normal progress of morbidity and mortality decline, and to be better able to predict whether it is a temporary phenomenon confined to this age group, or whether it is likely to spread into other age groups, particularly the elderly. Our methods are the standard ones of observational demography and economics. Much of the work is concerned with documenting patterns in official data and nationwide surveys, and using patterns across space, time, and groups to test a range of hypotheses, particularly the links between ill health and economic stress. 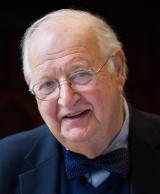 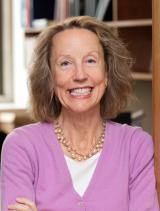 Supported by the National Institutes of Health grant #R01AG053396