There is a sustained interest in understanding the antitrust implications of cartel, in particular by Federal Agencies such as the Department of Justice and The Federal Trade Commission. More narrowly, OPEC is the world's largest cartel, but there is limited work in understanding the impact of the cartel. From a broader perspective, most work in antitrust has focused on the consumer surplus impacts of cartels; i.e., how higher prices affect consumers. Our work on global oil production opens up the perspective that cartels also lead to economic inefficiencies in production. Furthermore, the operation of the OPEC cartel is aided by other inefficiencies in the production of oil in non-OPEC countries. Thus, there is natural complementarity between frictions in production from a competitive fringe and the operation of a cartel. In addition to studying market power, the framework introduced in this project permits to analyze additional sources of distortions, be it policy-induced or otherwise. The ability to analyze the role of market power, jointly with other distortions, such as taxes, international trade limitations, overall policies, is vital to the analysis of any distortions, as the interaction of multiple distortions greatly changes the potential remedies of any given single distortion. Moreover, the violations of cost minimization can be decomposed among many, potentially, observable distortions, including market power; e.g. taxes, international tariffs or quota, subsidies, to name but a few. 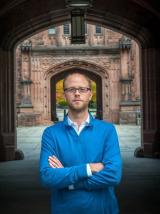