The Distributional Impact of Price Changes over the Business Cycle

Households at different income levels consume very different baskets of goods. These differences arise both across broad consumption categories (such as food vs. services), and within narrow categories (with the higher-income consumers purchasing higher-quality varieties in each category). While these patterns are well-documented, the distributional implications of macroeconomic shocks through their impact on the relative prices of these baskets are not yet well-understood. Shocks that affect relative prices in the economy have a differential impact across consumers. In particular, shocks that increase the relative prices of goods consumed by the poor have anti-poor distributional consequences. This project studied these distributional consequences over the business cycle.

Outcome 2: Large exchange rate devaluations are spread unevenly geographically. Furthermore, large devaluations lead to much more geographic variation in the cost of living of the poor households, compared to the high-income households. This finding is again based on micro data for Mexico in 1994.

Outcome 4: Population aging contributes to structural transformation, defined as a reallocation of economic activity from goods to services. Older households consume more services. As the population ages, demand for services rises. We found this using data for many countries, as well as household expenditure data for the United States.

Intellectual Merit: The large majority of research on inequality examines nominal income differentials. Similarly, the substantial body of work on the distributional impact of the business cycle focuses on shocks to nominal income (such as the probability of losing one's job). By contrast, the implications of the large observed differences in what people consume have received relatively little attention. Our project found that differences in the costs of consumption baskets are also important for the evolution of inequality, if relative prices change in such a way as to favor the items consumed disproportionately by some income groups, such as food for the low-income households or education services for the high-income households.

Broader Impacts: Rising inequality is one of the defining issues of our time. While the impact of business cycle shocks on nominal income dispersion is undoubtedly important, no account of the distributional consequences of the business cycle is complete without also understanding differences in costs of living across households. This project has shed light on how business cycle shocks affect households differentially, and thus has both positive and normative policy implications. If distributional considerations are important, optimal policy should take the differential impact of exchange rate changes across income groups into account. By the same token, understanding how large exchange rate changes affect different consumers may be informative about the configuration of political support for policies, such as Brexit, that carried significant exchange rate implications. The project revealed larger distributional consequences of business cycle fluctuations than previously thought, which implies a potentially different role and design of both stabilization and social safety net policies. 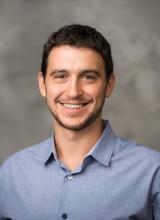 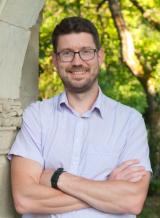