Bilateral Bargaining through the Lens of Big Data

Bargaining over mutually accepted outcomes has been part of human interaction for millennia. People bargain over retail goods, professional services, salaries, real estate, cars, mergers and acquisitions, territorial boundaries, household chores, and much more. Despite its popular use, bargaining has proven to be hard to analyze and fully understand. Economic theory highlights that bargaining parties are often uncertain about the bargaining position of their counterpart, which creates inefficiencies such as unnecessary delays in reaching an agreement or even the complete breakdown of negotiations. This project has explored how these informational frictions affect bargaining behavior and outcomes, and whether these frictions can be mitigated by allowing the parties to communicate, which serves as a framework for modeling negotiation. The investigators explored the communication process in bargaining using modern tools from economic theory, econometrics and machine learning in order to bridge some of the gap between the abundance of theory and the rather slim availability of empirical studies on how people actually bargain.

In the process, the investigators employed and trained graduate and undergraduate students who learned how to exploit and analyze Big Data and how to tie the data insights to theoretical notions of bargaining from game theory and economics. The results shed light on how to facilitate bargaining and create value, which is likely to play an important role with the growing prevalence of online bargaining platforms. The project also generated material that can be taught in economics PhD courses.

This project was based on access to novel data of millions of bargaining transactions on the eBay.com "Best Offer" platform, where sellers offer items at a listed price and invite buyers to engage in alternating, sequential-offer bargaining. That is, potential buyers can make an offer to the seller, who in turn can reject, accept, or counter the offer which turns the decision back to the buyer who can do the same and vice versa for several rounds. The nature of the data -- high-dimensional and sometimes sparse and unstructured -- not only benefits from, but in fact requires the collaboration of methods from economics, statistics and machine learning, which explains the diversity of approaches and the composition of the group of investigators for this project. The investigators used a variety of methods that exploited the unique and expansive data obtained from eBay.com. A first set of analyses described the way in which bargaining unfolds between buyer-seller pairs on eBay.com. A second set of analyses explored the effect of allowing bargaining parties to communicate on bargaining outcomes by exploiting a natural experiment that occurred on the eBay Germany website, in which parties were suddenly allowed to use written communication on the eBay.de website. The last set of analyses explored the role of "cheap talk" in bargaining. Cheap talk describes communication between parties that does not directly affect the payoffs from their interaction but may indirectly impact the way they choose to interact and reach agreeable outcomes. Based on theoretical models of cheap talk signaling, the investigators proposed a set of tests that unveil whether bargaining behavior is consistent with cheap talk communication models and applied a set of empirical techniques to verify the ways in which behavior conforms with theoretical predictions.

A key broad impact and tangible output of this work, in addition to multiple top academic publications, is that the researchers released a massive new data source with 25 million bargaining episodes. The goal of this data release was to foster and encourage future empirical work on bargaining, a literature which to date has been dominated by theoretical contributions. The researchers hope that the empirical analysis of bargaining in economics will re-connect that literature to developments in psychology and marketing that have, to date, been working largely independently. To this end, the researchers also publicized the dataset through many distribution channels in other fields, including psychology, marketing, operations research, operations management, organizational behavior, and computer science. The researchers made a particular effort in this area in response to COVID-19, which has delayed researchers' opportunities to pursue traditional lab experiments studying negotiations. 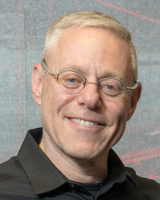 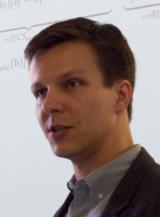 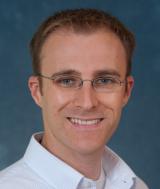