Firm Dynamics and Productivity Growth During the Industrial Revolution

Intellectual Merit: We assembled an original dataset with comprehensive coverage of French firms during the period of industrialization. The dataset has a panel-like structure, and it covers firms in four different industries over the time period 1788-1847. The data exist as a result of a remarkable effort by the French government to collect detailed data on economic activity. Data were mostly in the form of handwritten responses to survey questionnaires that are kept in the French National Archives. They contain a uniquely rich set of covariates on the output of firms, as well as detailed data on inputs such as type and quantity of capital, workers, and raw materials, allowing researchers to calculate different measures of productivity. The firm-level data has been linked to industry-specific data that are available at the detailed regional (county) level.

The dataset we assembled is unique in several dimensions: i) it covers firms in four main industries, including highly innovative and less innovative sectors; ii) since firm name and location are available, firms have been linked across surveys, allowing for the study of entry and exit; iii) within industries, the data will cover firms along different stages of the production chain.

Broader Impact Data availability is an essential ingredient for economic research. While the role of firm dynamics has been at the center of research on contemporaneous economic development over the past decade, it has thus far been impossible to examine this channel in the context of the most important structural break in economic history – the Industrial Revolution. Our project is an important step towards filling this gap, by generating and providing a unique dataset of firm performance during the period of the Industrial Revolution. This allowed the investigators to examine the transition from stagnation to ongoing growth in unprecedented detail, using the models and empirical toolsets of modern growth economists. In addition, it represents an important interdisciplinary source for future researchers willing to investigate the role of firm-level dynamics during the early industrialization period.

We wrote two working papers, which we presented at 26 seminars at 6 conferences, thus reaching a large specialized audience. In addition, our research also reached a broader audience, by being covered in several media outlets, such as the Financial Times, Behind the News (podcast), Mint, G7 (podcast), UCLA Anderson Review, VoxEU.

Summary of the outcomes of the award

The first important outcome of our award is the dataset which we assembled (described in more details above). Then, using this unique dataset, we wrote two working papers. We report the details and abstracts below:

Abstract: New technologies tend to be adopted slowly and – even after being adopted – take time to be reflected in higher aggregate productivity. One prominent explanation for these patterns is the need to reorganize production, which often goes hand-in-hand with major technological breakthroughs. We study a unique setting that allows us to examine the empirical relevance of this explanation: the adoption of mechanized cotton spinning during the First Industrial Revolution in France. The new technology required reorganizing production by moving workers from their homes to the newly-formed factories. Using a novel hand-collected plant-level dataset from French archival sources, we show that productivity growth in mechanized cotton spinning was driven by the disappearance of plants in the lower tail – in contrast to other sectors that did not need to reorganize when new technologies were introduced. We provide evidence that this was driven by the need to learn about optimal ways of organizing production. This process of ‘trial and error’ led to initially low and widely dispersed productivity, and – in the subsequent decades – to high productivity growth as knowledge diffused through the economy and new entrants adopted improved methods of organizing production.

Abstract: We examine the future of remote work by drawing parallels between two contexts: The move from home to factory-based production during the Industrial Revolution and the shift to work from home today. In both cases, new technology induced new working arrangements, and this shift was associated with a similar trade-off in the past as it is today: productivity advantages and cost savings versus organizational barriers such as coordinating workers under the new workplace arrangement. Using contemporary data, we show that the COVID-19 pandemic moved even sectors with high organizational barriers to working from home. Without further technological or organizational innovations, this shift is likely to be reversed, and remote work may not be here to stay just yet. 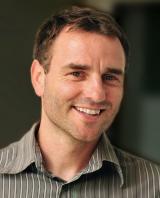