Retirement, Family Insurance, and Social Insurance: Evidence from the Great Depression and the Introduction of Social Security

More than one-third of the US federal budget is devoted to social insurance programs for the elderly, through Social Security, Medicare, and much of the Medicaid program. These programs have the potential to affect economies and societies in profound ways. Better understanding the effects of these programs is therefore one of the most important challenges for research in economics, and it has become increasingly urgent as various demographic and economic changes are straining government budgets and triggering calls for reforms to major social insurance programs such as Medicare and Social Security. Unfortunately, learning about the effects of these programs has been hindered by one of their main features that makes these programs so important – their near-universal coverage – and by one consequence of their importance – the gradual, incremental way in which they are typically reformed.

In this project, we contribute to a deeper understanding of the effects of major government social insurance programs by investigating the effects of some of the most important present-day social insurance programs around the time of their creation in the late 1930s. This setting offers two major advantages relative to more recent settings: much greater policy variation and the availability of detailed data on the full US population from recently digitized complete-count US Census data files. We use the advantages of this setting to better understand two key dimensions of the overall costs and benefits of these programs: the direct effects on the beneficiaries themselves and the indirect effects on beneficiaries’ children and families.

In terms of the direct effects on the beneficiaries themselves, we find that the Old Age Assistance (OAA) program – a state-administered program introduced alongside Social Security in the 1930s and the largest source of government old-age support until the 1950s – significantly reduced beneficiaries’ labor supply. Although large behavioral responses of this kind can sometimes signal a large gap between the cost to the government and the value to beneficiaries, our analysis suggests that beneficiaries valued the program highly, at close to the government’s cost of providing it. These and related findings are reported in our published article, “Government Old-Age Support and Labor Supply: Evidence from the Old Age Assistance Program,” American Economic Review, vol. 108(8), pages 2174-2211, August 2018. 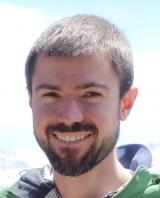 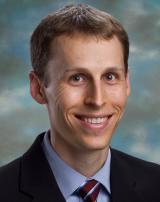 This project is supported by the National Science Foundation under grant number 1628860.