Health and survival are known to be worse for those with less education in the United States. The discovery of substantial and growing differences in survival by education level has sparked controversy regarding whether those of lower socioeconomic status are increasingly being left behind, or whether differences can be explained by changes in the composition of groups over time. For example, as it becomes rarer for individuals not to complete high school or post-secondary education, this group becomes more selected in terms of characteristics that predict future health. However, the data for examining life expectancy by education level are not ideal. Vital Statistics data accurately measure deaths, but education reports on death certificates are known to be stated with error, and differences across states result in missing data. Education is more accurate in survey data that is linked to subsequent mortality via the National Death Index (NDI), such as the Census Bureau’s National Longitudinal Mortality Study (NLMS). However, follow-up in surveys such as the NLMS is less than perfect, making it difficult to estimate mortality separate from survey attrition and failure to link to death records. Of the few studies estimating educational differences in life expectancy in selected years, only one attempted an adjustment for these data issues, and that was not considered precise enough for production of life tables by education in other years. Our first aim is to combine the MCD and NLMS data and perform analyses to address these problems with the data and estimate mortality by age, sex, race and education. Since we know total mortality well, we will ensure that our estimated mortality rates add up to national totals. Also, many of the sample sizes in the NLMS are small within specific age, gender, race, and education groups, so we need to smooth mortality rates across ages, and potentially over time. All of this is natural using a Bayesian estimation procedure, which we will develop and implement. Our methods provide a unique, flexible, and powerful means of borrowing information across two data sources to make up for deficiencies in each. Smoothing across mortality in similar age and education subgroups reduces noisiness in the survey data, while hierarchical models propagate uncertainty through to the final estimates, and prior distributions provide a consistent means to incorporate vital statistics-derived constraints on the mortality rate parameters, particularly rates summed across the education categories. Our second aim is to adjust for shifting educational attainment and re-calculate life tables that equalize the proportion of people in the different education groups over time. Our third aim is to share these life tables with the wider population of researchers, policy-makers, and anyone else with an interest in the results. We will post the life tables on the web, and announce it through multiple channels, including press-releases, announcements on public and private forums, and the publication of peer-reviewed research articles. This will be a valuable service, with potential to inform both research and policy, enabling us to better understand and address socioeconomic disparities in longevity. 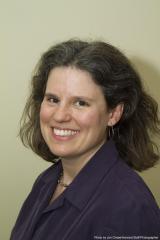 Supported by the National Institute on Aging grant #R03AG050902