This project has supported publication of influential research; posting of datasets for use by other researchers; communication to many academic, policy, and public groups; and training of undergraduate and graduate students for continued study and research.

The PIs have published six papers in high-impact scholarly journals investigating the interactions of environmental regulation, pollution, and leakage, and are continuing work in this area through additional papers in progress. One of these papers studies how regulation of smog-forming pollution from only heavy manufacturing firms, from less than half of U.S. states, and beginning in the mid-2000s affects well-being. Another paper studies how water pollution regulation which affects some cities but not others affects well-being. A third paper synthesizes knowledge on water pollution regulation and assesses the extent to which differences in regulatory stringency across cities and states change the efficiency of these regulations. A fourth paper studies the consequences for well-being of regulating some aspects of an environmental externality but not others. A fifth paper notes that many environmental policies target an entire industry, but some firms within an industry may pollute more than others; the paper discusses how this imperfect targeting of regulation affects the well-being of households and firms. The sixth paper provides a review for a broad audience of economic knowledge about spatially differentiated and other water pollution regulation. These papers have been published in the most influential journals in economics, in addition to a top general-interest science journal.

This project has also posted seven datasets online that are freely available for research by other scholars, individuals, and organizations, including one focused specifically on smog check pollution. One of these datasets alone has been downloaded by other researchers 280 times already.

The PIs have communicated this research to a broad audience. They have presented it in economics seminars at most of the top U.S. universities, at most major U.S. economics conferences, at several inter-disciplinary environmental or scientific workshops, and at policy-relevant institutions like the Brookings Institutions, the Environmental Protection Agency, the International Monetary Fund and the World Bank. In addition, this research has been taught or appears on syllabi at many of the world's top universities (Harvard, Yale, Stanford, MIT, etc.). Ph.D. dissertations at Harvard, Stanford, UC Berkeley, and many other universities build directly on approaches in this project. One paper was selected as an Editor's Choice piece in Science Magazine, was the top daily science story on reddit with over 45,000 views and 800 comments, and this research has been covered in over 20 media stories, including in The Economist, Washington Post, and other major outlets.

In addition, this project has trained nine research assistants, four female, several of whom began as undergraduates then proceeded to economics Ph.D. programs at Yale, Princeton, and elsewhere. 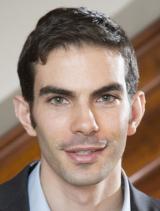 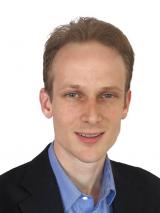 This project is supported by the National Science Foundation under grant number 1530494.