Intellectual Merit: This work advances scientific knowledge in several ways. The project delivered novel estimates of the causal impacts of several early childhood factors. First, the project found that a 10 percent reduction in air pollution exposure in an individual's county of birth leads to a 1 percent increase in mean age-30 earnings. Second, the project found that an extra day with mean temperatures above 32 degrees Celsius in utero and in the first year after birth is associated with a 0.1 percent reduction age-30 earnings. Third, the project found that access to Food Stamps before age five leads to an increase of 6 percent of a standard deviation in adult educational attainment, 3 percent of a standard deviation in adult economic self-sufficiency, 8 percent of a standard deviation in the quality of the adult neighborhood of residence, a 0.18 year increase in life expectancy, and a 0.5 percentage-point decrease in likelihood of being incarcerated. The first two sets of results have been published in high-impact peer-reviewed journals: Journal of Political Economy and Proceedings of the National Academy of Sciences, respectively. The third set of results has been publicly released in the National Bureau of Economic Research working paper series and is under review at a peer-reviewed journal at the time of the end of this award.

Broader Impacts: The results from this research have been disseminated broadly to the general public. For example, the research has been covered in several media outlets, including The New York Times, The Economist, and The Atlantic Magazine. The award has also supported multiple PhD students at several institutions in their training. These students have worked on various aspects of the research process, and received mentoring from the PIs. The research has been presented in a large number of conferences and seminars, including a "short course" lecture at the annual National Tax Association meeting designed for PhD students. 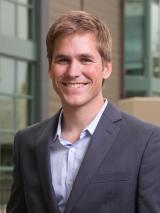 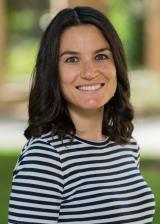